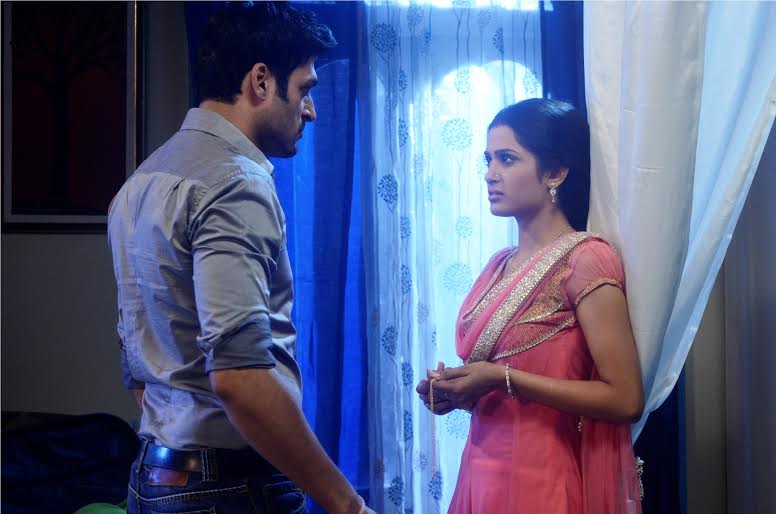 Situation heats up between Parmeet (Gaurav Chaudhary) and Bani (Shefali Sharma) in Damini K Shetty's daily soap Bani - Ishq Da Kalma on Colors. As we have seen in the previous episodes of the show that Parmeet is seen very angry with Bani and whatever Bani tried to do for him, he tried to pull her down and insults her.
In the forthcoming episode of the show we will see something similar too. Our source informs us about the upcoming track, "Bani serves Parmeet with the Kada prasad that was made at home. As we all know that the kada prasad is very oily, looking at the Prasad, it angers and upsets Parmeet who throws the Prasad by insulting Bani saying that when she knows that I do not eat oily food, then why did she serve that prasad to me."

"The entire family members are shocked to see Parmeet's behavior towards Bani."

Well this is not it, on the other side we will get to see that there are talks going on for Sohum and Rajji's divorce.

In the previous episode of the show we have seen that both Sohum (Adhvik Mahajan) and Rajji (Neha Bagga) are seen missing each other, Sohum get flashes about how Rajji used to do things for him.

But well there is a twist in the tale in their relationship, "Nirwail (Sooraj Thapar) talks about getting Soham and Rajji divorced."

Will Soham and Rajji agree to this decision? To know what happens ahead keep reading this space.

LadyMacbeth 7 years ago Love you Neha Bagga , you've a fantastic chemistry with Adhvik

greatsaleen 7 years ago don't know of a Punjabi who would ever disrespect Kadha Parshad!

Theta14 7 years ago nice articcle
excited for the track

deejagi 7 years ago May be they go to court but might not agree for it on the last minute. Rajji cold be pregnant

BullsEye777 7 years ago The divorce will definitely not take place..

Yuvika_15 7 years ago im so done with this show...it started off so good - there was so much potential but now? its the same old recycled stuff we've seen in other shows.