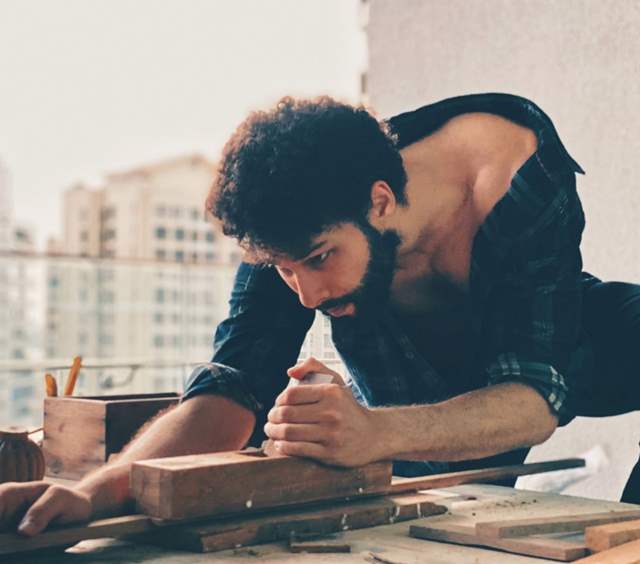 Time and again, multi-talented Siddhant Chaturvedi stunned the audience with several different looks on his social media which have always created a stir among the audience, especially among his female fan-following. His charismatic and creative aura is quite evident from the poses he strikes and the attires he adheres to. And, he does it yet again!

Recently, the actor got featured on the cover of a leading magazine. The actor has high desirability and a huge female fan following due to his spectacular looks which made him the perfect 'first male actor' to get featured on the cover. The motion digital cover is an acoustic version of his first hit single 'Dhoop' and the main cover is an artistic image of Siddhant facing a canvas with a paintbrush in his hand and striking a immersed-in-the-arr expression with the words 'Making it Big' on the image.

The magazine posted the cover with the caption :#JulyIssue: @siddhantchaturvedi, An ‘Outsider’ With An Inside Edge ??

When asked Siddhant how he’s coping with the anxiety-inducing pandemic,  he said, “I’m not anxious at all, to be honest. I mean, look at where I’ve come from. I had no work and I had come from nowhere. So I’m just taking this time to work more. To be quiet and listen. It’s a learning time and I’m absorbed. Life is so great and dynamic. Whenever this whole thing is over, I’m going to come back with a bang!”

Being a creative and multi-talented actor Siddhant Chaturvedi shot the images for the cover by himself at his house adhering to social distancing and the lockdown. Siddhant's hit single 'Dhoop', which he vocalized and wrote, had received immense admiration and appreciation from the audience and many eminent personalities. The song has a mesmerizing atmospheric vibe to it.

On the work front, Siddhant has multiple projects in the pipeline as he will next be seen in "Bunty Aur Babli 2", followed by Shakun Batra's next with Deepika Padukone and Ananya Panday.

Even after seven decades of independence, are we really ...
-6 seconds ago