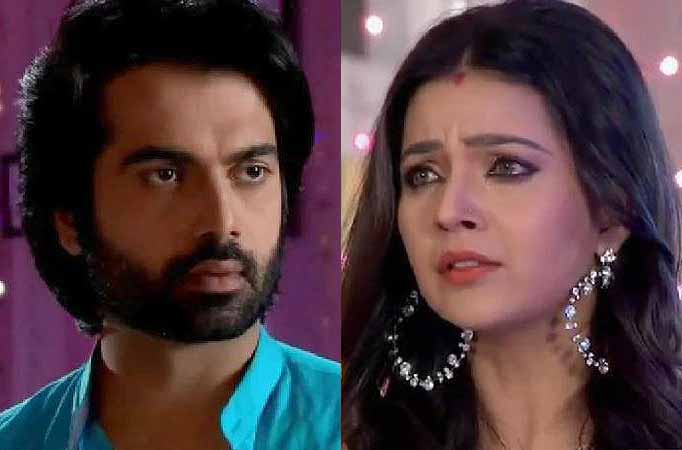 Film Farm Productions' popular show Do Dil Bandhe Ek Dori Se which has kept many audiences hooked to the show due to its interesting twists and turns is all set to spice up its drama in the upcoming episodes. As seen in the current track Raghu (Arhaan Behll) has married Sumitra (Yashashri Masurkar) and looking at which Shivani (Mansi Shrivastav) is unhappy with Raghu for his ignorance and ditching her.

Shivani who is unaware about Raghu's intentions thus starts developing hatred towards him even the more and decides to marry Karan (Puru Chibber) who is her childhood friend. Now the audience will witness a Maha episode where Shivani will agree to marry Karan in the show.

Our sources say, "Shivani (Mansi Shrivastav) will agree to marry Karan because she is really disappointed and raged with Raghu's marriage with Sumitra. Shivani is not aware about the real intention of Raghu and takes it in a negative way. She is doing this to take revenge and prove that if Raghu can marry Sumitra then she can also marry Karan."

Will Shivani marry Karan? Will she get to know the truth about Raghu? To know more keep reading this space.

rekrn 6 years ago Thanks for the article. The ME of Do Dil Bandhe Ek Dori Se, was fabulous.
Feel bad for Karan he seem really nice.
Love Arhaan Behll in the angry avatar. AB, Mansi, Puru were very good yesterday.

simmi.friends03 6 years ago thnx for the article..what truth..its Raghu who has to accept the truth...& c the reality that in his stubborness & wrong influence of cheap Sumitra ddi the blunder...& shivani is paying the price of his foolish act...actually its not Raghu nut its Shivani who is sacrifing her honur to save his family...

manissha 6 years ago Nice performance yestetday by Arhaan behll maansi and puru. Hope Sumithra truth will be out soon.

jyoti06 6 years ago A good maha episode .. Arhaan and Mansi rocked it

Renu111 6 years ago Raghu shivani were rocking in ME ...and yes at the end Raghu will marry Shi and raghu stops this marriage...arhaan mansi puru and do dil bandhe ek dori se rock.

a_uma 6 years ago thanks for article.. Do Dil Bandhe Ek Dori Se rocks.. Arhaan Behll is the best actor...