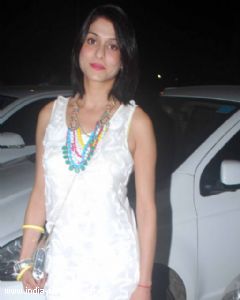 After featuring in Bigg Boss Saath 7, actress Shilpa Agnihotri will now be seen in an episode of Yeh Hai Aashiqui and says that the love story is inspired by Devdas.

"It is a very interesting story. I am very happy that I am doing this episode of 'Yeh Hai Aashiqui'," Shilpa said here Wednesday on the set of the show.

She has teamed up with Karanvir Bohra who will be seen as a modern day Devdas in the love story.

"I am happy that Karanvir Bohra is there with me in the show. He is a good friend of mine. I am having a great time," Shilpa, who is married to actor Apurva Agnihotri, said.

"When the narration was given to me, I was told that it is a modern day 'Devdas'. A boy and a girl love each other and for whatever reason they part later on."

It deals with love and relationships and is currently hosted by Rithvik Dhanjani.

Rithvik_Asha 7 years ago Rithvik Dhanjani is doing very good job as host in this show, all the best

7 years ago Enjoying YHA hosted by the great Rithvik Dhanjani. Keep it up.

7 years ago Rithvik Dhanjani is doing very good job as host in this show, all the best

7 years ago Young handsome host Rithvik Dhanjani! You're awesome in everything you do.

7 years ago Rithvik Dhanjani is an awesome host. Stay blessed rockstar...Looking forward to this episode of YHA