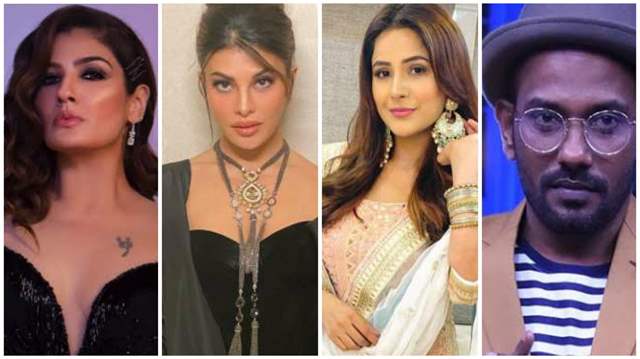 Weekend Ka Vaar is less than a day away but this one is actually and indeed special ad it will mark the celebration of Salman Khan's birthday.

As known, unlike every year, Khan won't be celebrating his birthday at his farmhouse. So instead, it seems the show and everyone else have planned big things for Khan to be able to have a fun birthday and enjoy it.

Actors Jacqueline Fernandes and Raveena Tandon, who are both close to Khan will appear on the show to join the celebration while Dharmesh Yelande will also be coming in.

However, the biggest surprise will actually be that loved former Bigg Boss 13 contestant, Shehnaaz Gill will be coming in too. Yes. After her small stint earlier in the show, Gill will once again be appearing on the weekend episode.

What will be even more amazing that Gill will be recreating the viral video of 'Tuada Kutta Tommy, Sadda Kutta Kutta'. Gill, who mouthed those dialogues in the 13th season were recently recreated by musician Yashraj Mukhate, who is responsible for the massively viral Rasode Mein Kaun Tha.

It does seem like a weekend episode to look forward to.

Bigg Buzz: Pavitra Punia predicts this contestant will be evicted ...

Bigg Boss 14: Kavita Kaushik reveals why she feels thankful for the ...