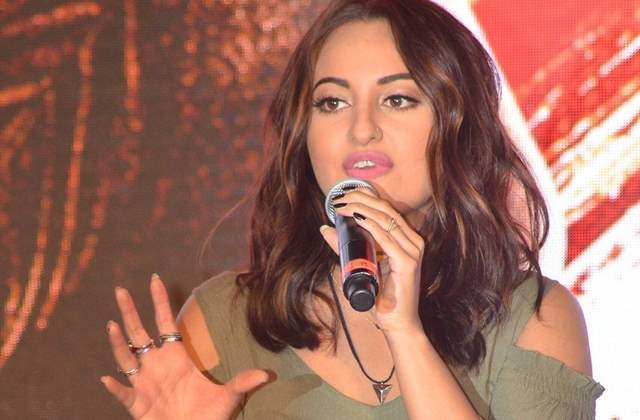 Cyberbullying, trolling and body-shaming have become a menace and have not only created toxicity of social media platforms but have also affected a lot of people on a mental level. In an endeavor to spread awareness on the subject, ways to deal with trolls, legal options, and start a constructive conversation Sonakshi Sinha has teamed up with Mansi Dhanak and Vinav Bhanawat from Mission Josh to start a series of videos titled #FullStopToCyberBullying.

In the first interaction, Sonkashi had spoken to a special cyber investigator, Ritesh  Bhatia and Special IGP of Maharashtra, Shri Pratap Dighavkar to discuss the legal options available to those being harassed.

In the second episode, Sonkashi will be in conversation with Nirali Bhatia, a cyberpsychologist, Mansi and Vinav from Mission Josh, and a nineteen-year-old girl, Moira Sachdev, who was bullied and body-shamed to such an extent that she was driven to attempting suicide.

Moved by the conversation, Sonakshi shared a powerful message on the subject, she said, “Love yourself, be comfortable in your own skin, be kind to each other, beauty lies in the eyes of the beholder, all these phrases seem so profound and inspiring.

Today, when most of our contact with the world is virtual, even self-esteem is quantified by likes, shares, comments, followers. What people think of us, do they approve of our appearance, opinions, choices are not a matter of a private conversation, but it is out there for the world to see. Few seconds: utna hi lagta hai na type ugly, fat, thin, dumb, talentless, useless, and all sorts of nasty things. Those few seconds can leave someone scarred for life.

She further added, "Recently, I spoke to someone a very sweet, young beautiful girl who was body-shamed to such an extent, that she thought ending her life was a better option. Yes, you heard that right. Take a minute, just a minute to think of what impact your actions can have before sending that comment, you might save a life."