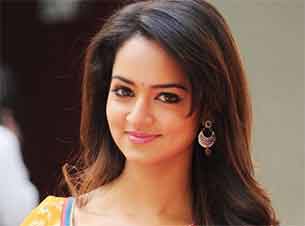 Southern actress Shanvi Srivastav will feature in the yet-untitled Kannada remake of Telugu blockbuster "Ala Modalaindi", which has already been remade in Tamil and will soon see a remake in Hindi as well.

"I have signed the Kannada remake of 'Ala Modalaindi'. We'll start shooting from the end of April," Shanvi told IANS.

Shanvi recently starred in the Kannada remake of Telugu hit "Prema Katha Chitram". This is the second remake she's starring in a row.

She has no qualms about working in remakes.

"I guess getting remake offers is much more encouraging because it shows someone trusts your talent and then it becomes our responsibility to do well. It encourages us to perform better," She said.

The Kannada remake will be helmed by Sadhu Kokila, while actor Sumanth will play the male lead.

The Tamil remake of "Ala Modalaindi" titled "Ennamo Yedho" is getting ready for release, while its Hindi remake will go on the floors soon.

Krrip Suri on shooting for 'Hero' & staying in touch with her ...