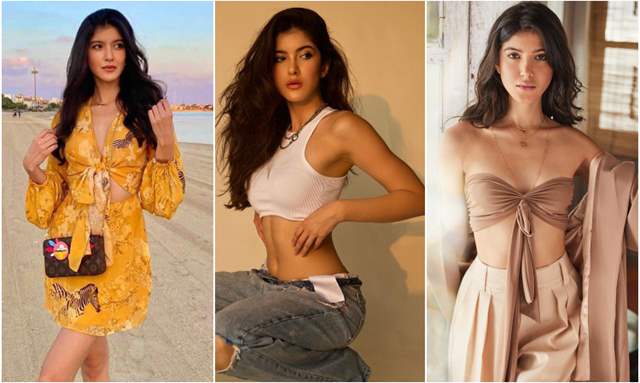 The newest star kid on the block, Shanaya Kapoor, daughter of Sanjay Kapoor and Maheep Kapoor is all set to take over Instagram as she has finally made her account public. Even before stepping into the world of movies, Shanaya enjoys a huge fanbase and her fans are in for a treat as all her sizzling pictures are now public on the photo-sharing application.

Shanaya received the warmest welcome from all her friends and Bollywood actors. Right from her girl pals Ananya Panday, Jahhvi Kapoor to actors like Arjun Kapoor, Karisma Kapoor gave her the sweetest shoutout on Instagram. Daddy Sanjay Kapoor also took to his Instagram handle to welcome his daughter and wrote, “My girl on Instagram @shanayakapoor02... please show her love.”

Within just a few hours, Shanaya has crossed 70 thousand followers and counting.

Rumour mills have it that Shanaya will soon be making her big Bollywood debut. Speaking of the same, her actor father had said in an earlier interview: “Shanaya will definitely mark her presence in Bollywood, she will work in films and everything, but it is nothing like I am going to launch her or produce her debut movie.”

Rumours also suggested that Karan Johar will launch Shanaya into the showbiz. She assisted the filmmaker on his production venture ‘Gunjan Saxena’ featuring her cousin Janhvi Kapoor.

Shanaya Kapoor to romance these two handsome actors in her big ...