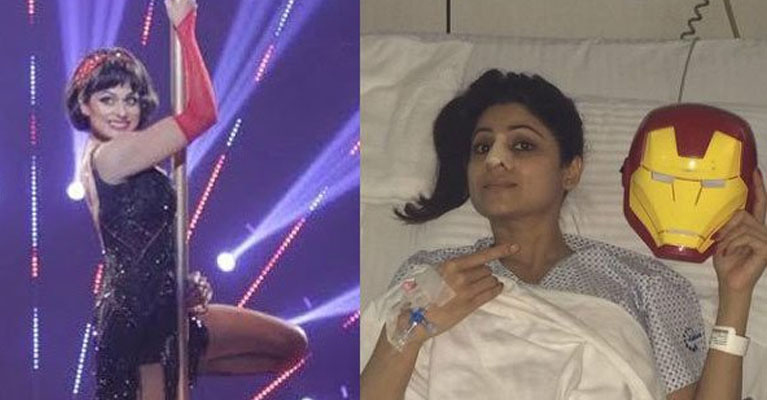 Actress Shamita Shetty who is currently seen in Jhalak Dikhla Jaa 8 has unfortunately had a serious injury on the sets during rehearsals. Sister Shilpa Shetty tweeted, "Terrible News with @ShamitaShetty having a freak accident @Jhalak dikhlaja rehearsals.  Nasal fracture in a couple stitches".

The actress whose bollywood career couldn't take off was last seen on Bigg Boss after which she has made her comeback to the small screen with Jhalak Dikhla Jaa.  We wonder whether she will be seen performing in the next episode?

Injuries though are not new on the show as recently Sanaya Irani and Kavita Kaushik too had injuries as well as Ashish Chowdhary's choreographer. Yet as its said, the show must go on!

5 years ago Missing you Sanaya Irani
Come back to TV soon! LOVE YOU

5 years ago Sanaya lrani u r the best. Take care of your health.