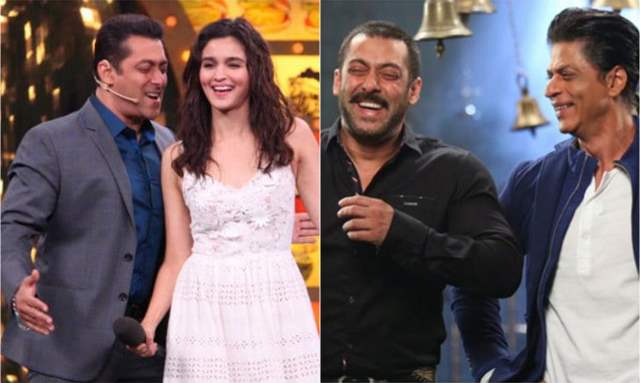 Bollywood celebrities create a massive impact on the audience. Right from their performances to their fashion choices, everything they do influences the viewers. The obsession for movie stars among the audience has always been high, but this piece of news will shock and surprise many.

Imitating an actor’s actions or clothes is quite common, but naming food dishes after the names of popular Bollywood stars is a little bizarre, but very much possible.

A Mumbai restaurant has introduced a Bollywood thaali, featuring the names of popular stars in one platter. The restaurant - Hitchki - has named the thaali - Gogo Tussi Great Ho - and has several dishes named after top Bollywood stars. Paneeriti Butter Masala, Shahrukh Naan, Alia Bhaat, Salman Paan, KatRahiHaiNa Salad, Priyanka Kopra Chutney, Koffee With Garam, Anupam Kheer and Chickna Ranaut Masala are some of the food items of the thaali.

"At the heart of Hitchki, is Bollywood dipped in sweet nostalgia. It's our inspiration and driving force. With Gogo Tussi Great Ho, we raise a toast to the evergreen Gogo, one of cinema's nicest bad guys," said Arjun Raj Kher, the Brand Head of Hitchki, reports India Today.

However, this Mumbai restaurant is not the only one to name food dishes after Bollywood stars. A restaurant named Veer Ji Malai Chaap Wale, a diner in Delhi is famous for its twist on vegetarian dishes, and has named the chaaps they serve after popular song numbers of Sunny Leone, and also has dishes named after Mila Khalifa. The diner is famous for dishes like - Sunny Leone Malai Chaap, Baby Doll Malai Chaap, and Miya Khalifa Malai Chaap.

Besides, a Texas restaurant had also named one of their dosas as Deepika Padukone dosa.

exclusive
Exclusive Daya Shanker Pandey on What Excites Him Even After Two ...
50 minutes ago