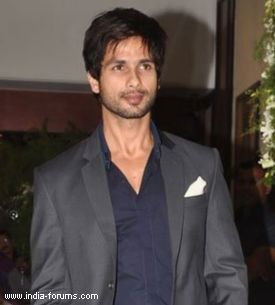 From going bald to becoming a part of marketing strategies, actor Shahid Kapoor is putting all his efforts into make his upcoming film "Haider" succesful.

The promo of "Haider" is soon going to be launched and he is taking a keen interest in the Vishal Bharadwaj film's communication strategy.

The actor is making himself available to the team of the film. He is working closely with the marketing team and is always present whenever they require him.

"Shahid has become part of the team and has been actively attending meetings to understand and give suggestions on the plan," Shahid's spokesperson said in a statement.

"Haider", an adaptation of "Hamlet", is part of director Bharadwaj's Shakespeare trilogy after "Maqbool" (Macbeth) and "Omkara" (Othello").

Shahid will also be seen in Vikas Bahl's "Shaandar". He also has Raj Nidimoru and Krishna D.K.'s film lined up, following which he has Abhishek Chaubey's next.