View Profile
Known to always be in the news for being linked up with almost all of his co-stars, Shahid Kapoor is back in the ne 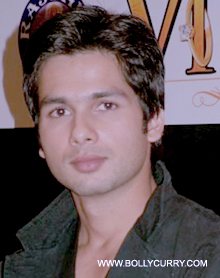 ws again but this time, for a different reason. Why hasn't he been linked up with Sonam Kapoor?
From being formal co-actors, to a sharing love-hate relationship, to being the best buddies on the block, Shahid and Sonam's relationship has definitely been a roller coaster ride.
The duo started shooting for the much anticipated Mausam about a year and half ago. Rumor mills had it that the two Kapoors didn't really get along with each other. Other reports even stated that Sonam showed excessive diva-type behavior on the sets like showing up late, throwing tantrums etc. However, Shahid had a different story to tell.  The actor denied every speculation. More so, he went on to call the elegant actress sweet and friendly.
When questioned about Sonam's tantrums, the actor replied saying he'd gladly make a movie out of it as it provided a convincing script! He went on to clarify that the so-called 'tantrums' were a great work of fiction, like most movies! He even added that he can't thank her enough for being a part of a film that means so much to him and if it works out, he would love to work with her once again!
Well now that all rumors are put aside by Shahid himself, here's wishing Sonam and Shahid a lot of success for their much awaited venture!