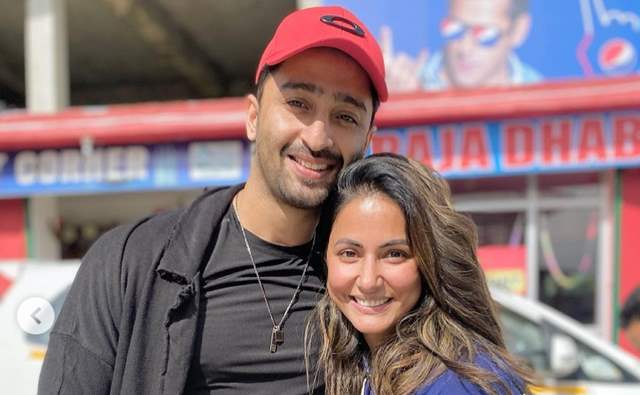 In the telly world, over the years, we have witnessed some dream on-screen couples become a reality and it has indeed been a treat for all the fans.

However, one instance recently happened which led to a couple which even the fans didn't expect happening. Actors Shaheer Sheikh and Hina Khan seemingly bumped into each other, however that's just conjecture. Sheikh met Khan recently which led to the former first posting their image together and captioned it, '#surprise'-

Furthermore, Khan teased it a little extra and went on to post multiple images of them together captioning, 'what's the surprise @shaheernsheikh'-

Well, it really cannot be said or assumed as of yet as to what is this 'surprise' and if they are collaborating for a project or just bumped into each other but watching them all smiles and having fun is reason enough for their fans to enjoy the moment indeed.