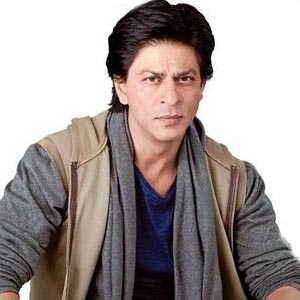 Bollywood superstar Salman Khan has not yet given clarity on whether he will host the eighth season of popular reality show "Bigg Boss". However, in case he does not, he feels Shah Rukh Khan will make for "great host".

Rumour mills are abuzz that Salman, who has hosted four seasons of the reality show, may not return to anchor it this time.

At the launch of the song "Devil" from his forthcoming film "Kick", the 48-year-old was asked about it.

He said: "There is a possibility (that I may host the upcoming season of 'Bigg Boss') and there is no possibility also."

If reports are to be believed, Salman is in no mood to host the eighth season of "Bigg Boss" due to disagreements over certain issues. In the last season of show, the actor was repeatedly accused of being partial to some of the contestants on the show.

Further on being asked as to who will be a good host for the show, if not him, he said: "If not me, then I think Shah Rukh Khan will be a great host for this season of 'Bigg Boss'."

@SillyKitty - a large percentage of Bolly actresses have indulged in some sort of surgery or enhancement and it Iam sure they dont have parents who are surgeons. Oh n just so u know that doesnt take away from the fact that she kicks butt of most of her contemporaries! She's one of the best there is with or without surgery.

9 years ago More like ULTRa Plastic girl.. top to bottom.. (look at her before and after pic.. and btw, her parents own a cosmetic surgery clinic WOOHOO)

+ 2
9 years ago Luking very cute...the elegance of this photo is it's simplicity &lt;3 this

+ 2
9 years ago her Million dollar smile lights up her angelic face and glows the cover of the mag..as usual PC rocks!! :-)

+ 2
9 years ago Her Smile is so Beautiful like herself!!

9 years ago it has interview OF indian television hearthrob KSG