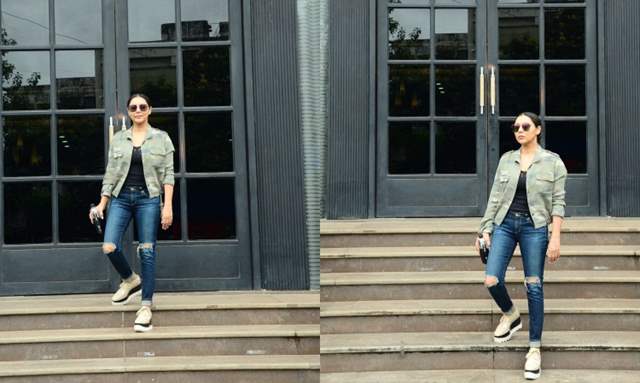 Shah Rukh Khan's wife, Gauri Khan is frequently photographed in the city, turning heads with her fashion statements. But this time, the celebrity wife is being trolled for an unusual reason.

She was recently photographed while carrying a bottle of black water. She was seen walking into her own store. Gauri wore a camouflage jacket and denim jeans and looked absolutely stunning. She finished off her look with stylish sneakers and sunglasses. Her black water, on the other hand, drew widespread attention on social media.

People on social media were quick to mock Gauri. “How come they never showed their bottle with normal water, and since the time black water has come, they carry their bottle in their hand n pose,” one user commented, while another wrote, “kya tarika hai promotion ka...company ne dimaag lagaya hai.” “Sab paiso ka chakar h babu bhaiya,” another user commented. Other users were also seen commenting on the fact that she was not wearing a mask.

Celebs such as Malaika Arora, Shruti Haasan, and Urvashi Rautela, among others, have been seen carrying black water bottles in the past. It has a variety of health benefits, including relief from high blood pressure, diabetes, and high cholesterol.