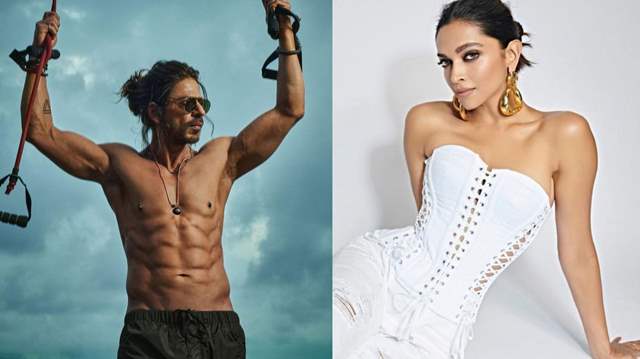 They had no idea that they would be mobbed by numbers of Indian fans who ran into them throughout the day. Many images of Shah Rukh indulging his admirers with a selfie have surfaced, thanks to social media and Shah Rukh's fan clubs.

King Khan smiled as he posed for pictures with Indians from all over the world, who flocked to him to obtain that one unique shot. Deepika was also sighted by fans, who took photographs with her. The images were also shared on Twitter.

SRK looked great with his tresses free, wearing a blue casual shirt and brown tinting spectacles. In another photo, King Khan is seen standing with a group of men in a black puffer jacket.

A few days ago, the teaser of Pathan was released and fans couldn't contain their excitement. In the video, we could see Deepika and John introducing Shah Rukh Khan's character to the audience. After a long hiatus, Shah Rukh will finally make a grand comeback.

On the work front, Deepika also has other projects lined up for the year. She has The Intern with Amitabh Bachchan and Fighter with Hrithik Roshan among others.