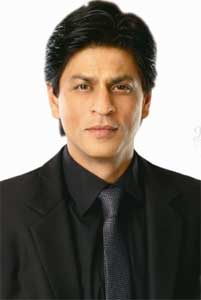 Shah Rukh Khan Saturday said he was glad the Shiv Sena understood his point on freedom of expression and reiterated that he had never said anything that was anti-national or anti-Indian.

Shah Rukh faced flak from the Shiv Sena for his comment that Pakistani cricket players be included in the third season of the Indian Premier League (IPL). He owns IPL team Kolkata Knight Riders.

His comment didn't go down well with the Sena which sought an apology and threatened to stop the release of all his films in Mumbai starting with 'My Name Is Khan', due for releasing Feb 12.

The Sena now reportedly has no objection to the screening of his film 'My Name Is Khan' in 'as many theatres and for as many days as he wants' -- as Sena supremo Bal Thackeray has said in Saamana editorial Saturday.

Shah Rukh said he had been 'misunderstood' on that issue.

'I don't think I have ever said anything anti-national or non-Indian. I need not explain my Indian-ness to anybody,' he said.

'I have only said what every Indian should. I stand by what I have said. I think there's a bit of agenda and politics in all this,' Shah Rukh told reporters here.

'Often we film people find ourselves on the wrong side of politics. I don't think the Sena went against my film because it has 'Khan' in the name. The good news is that I have just heard there will be no problems with my film,' he added.

'I am glad Sena could understand my point of view... I have a personal identity, but also a national identity... We are Indians, and my Indian identity makes me believe in certain things. I don't hold anyone responsible and I stand by what I have said,' he said.

The Sena had threatened it would not allow the release of Khan's new movie unless he apologized for his pro-Pakistani cricketers comments - which the actor declined to do.

Enraged by this, Sena activists tore and burnt posters of the movie and even SRK's effigies in different parts of the state, prompting the state government to provide full security to theatres and multiplexes where the movie was slated for release.

Later, Sena leaders unofficially retracted from having issued any such diktat to ban the movie and it is expected that it may be released without any problems now.

Khan urged that arts, sports and culture should not be mixed with politics as they help in building better ties between countries.

'I agree there are political problems between the two countries (India and Pakistan), but when it comes to sports, culture and arts, they should not be involved in politics,' Khan said.

On why his team Kolkata Knight Riders did not select any Pakistani players for IPL, Khan said it is discretion of the coach and the captain.

'I cannot question their strategy and capacity. Moreover, there was only one slot available and nobody told us to take or not to take any Pakistani players. We also have to take into consideration the prevailing atmosphere.'

The actor also shared his family's concern after the furore.

'My daughter asked me over the phone if we'll have to leave India,' he said.

The actor returned here from visit to the US and Britain Saturday after promoting 'My Name Is Khan' with director Karan Johar and actress Kajol.

Considering the gravity of the situation and the circumstances, he and Kajol came out separately from the airport. He was accompanied by a sea of police personnel as well as his own security guards. Johar left the airport premises separately.

The state government as well as the police here have promised full cover to cinema properties where 'My Name Is Khan' would be screened.

At the airport, Shah Rukh pointed out his proximity with the Thackeray family.

'I will go meet Balasaheb if he calls me. He is a senior leader. I have gone in the past when he's called me. I enjoy his company,' he said.

He also spoke out in favour of Mumbai - a sensitive topic with the Shiv Sena.

'I am what I am because of Mumbai. I want everyone in Mumbai to be happy. Why should we have this kind of stress? Let's be patient and talk it out,' he said.