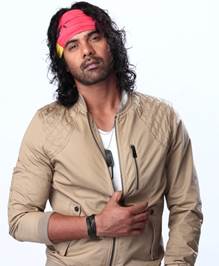 If there's one actor who's been bitten by the FIFA bug, then it would have to be the lead of Zee TV's Kumkum Bhagya- Shabbir Ahluwalia, who essays the character of Rockstar Abhi on the show. From shooting day-in and day-out for the show to going back and catching up on the World Cup, Shabbir is one amongst the various Telly town celebs who is a football fan and does not like to miss a single match.

While Shabbir ensures he watches all the matches which are usually telecast late-night, he also ensures that he is at his professional best and does not turn up looking sleep deprived or late for the shoots. Given that the show is currently airing Abhi and Pragya's (played by Sriti Jha) wedding track which is a highpoint, it requires him to be on the sets at odd hours. Even though he shoots at odd times, Shabbir, instead of cribbing and complaining or asking to leave early, records the matches and watches them each time he gets a chance to. Talking about the team he supports, Shabbir said, "I love football and I am enjoying the matches. I am supporting Germany, I also like Netherlands, especially Robin Van Persie - he has been phenomenal so far. Belgium is a team to watch out for, they are the dark horses of this World Cup."

While Abhi and Pragya are now married on the show, we will soon see their Reception in the upcoming episodes where the newlywed couple will be blessed by various Zee TV artists. Inviting Purab (played by Arjit Taneja) for the wedding, Abhi tries to send out a message that Purab should now instead think of getting married to his sister - Aaliya (played by Shikha Singh). With all the drama unfolding in the upcoming episodes, there is a lot for viewers to look forward to!

-Drama_Queen- 6 years ago Love you sooo much Arjit Taneja :D ur sooo cute loving ur chemistry with Mrunal!! Hope to see u guys in a better lead show :D

shanak.hot 6 years ago Love you Shabbir. Germany is my team too...

Arjitjaan 6 years ago Arjit taneja i m watching kumkum bhagya only for you.Love you Arjit

-Drama_Queen- 6 years ago missing RaBul ssooo badly!! we really need scenes of u and Mrunal!! :D hope to see u guys soon! :)

India forums, please give us an interview of Arjit and Mrunal we really need this!! :)

shapa 6 years ago Finally purab is back...hope soon rabul misunderstanding clear...and we get a rabul scene...whole the cast doing well...specially shabbir,Sriti,Arjit and Mrunal...All four of them are doing a great job...Please India forum give us an Arjit & Mrunal joint interview...please please please