It's again the season of Love, wherein viewers will get cuddled in the love trap of their favorite on screen pair, Karan Kundra and Kritika Kamra. Yes, we are talking about the Season 2 of Kitani Mohabbat Hai on Imagine. 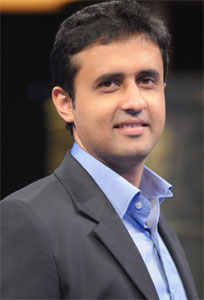 The show is all set for a new beginning and at the outset, TellyBuzz talks to Nikhil Madhok, Head Marketing and Communications, Imagine.

The channel head talks about the plans related to KMH Season 2, about setting a trend in itself by bringing in a new season for a daily soap, on the favorite pairing of Karan and Kritika and much more..

Kitani Mohabbat Hai is finally back with a sequel. What do you have to say from the channel's perspective?
When we launched Season 1 of Kitani Mohabbat Hai, Ekta Kapoor was quite clear that this love story for the youth will have a specific run of episodes, unlike the other shows which go on for many years. She had a plan of 7-8 months, but we wrapped it up in 6-7 months. However, we were very sure that we will be coming back with a Season 2. Now that the show is happening, we are confident that it will run much longer than the Season 1.

The first season of Kitani garnered a lot of fan following. But this did not reflect in the ratings. Why do you think this happened?
See there is an interesting point in this!! When Kitani was on air, it was the only show which had two slots. Over the time, we observed that our TVR got split between these two slots. The combined ratings from these two slots came up to 2.5 TVR. So the issue was not with the rating. We had a plan to run it for 7-8 months, but when we saw a dip in rating, we quickly decided not to drag it and leave the audience with an urge to see more of this romance and magic. We took a bit longer to get things rolling for Season 2; we wanted to ensure that we have a good story that will keep the brand name of Kitani Mohabbat Hai on top. We have got so many plusses from Season 1, and the biggest asset is the superb chemistry between Karan Kundra and Kritika Kamra. As you all know, they have been casted for Season 2 too

Was the channel at any time apprehensive in making a Season 2?
Not at all!! As soon as we finished with Season 1, we started getting mails and messages in huge numbers. It is almost a year since the show ended, but believe it or not, we still continue to get requests from the loyal viewers of Kitani Mohabbat Hai, requesting us to bring back their favorite show. In fact, we are open to feed backs coming from you, fans. We would like to welcome suggestions for the new screen names for Karan and Kritika. We would want the fans to get involved in the development of the show.

This is the first daily soap that will see a Season 2, that too due to public demand. Your take on this.
Yes, till now we have seen Seasonal concepts for the popular reality shows. This is a new trend that we are coming up with. We have been working on the product for quite a while now. We are looking into all the finer details, and this will be better in terms of look and feel, and characterization. We are actively working on the marketing and promotional strategies for the show. Presently, work is on for the first promo of the show. We will be going on floors very soon, and overall we are excited. 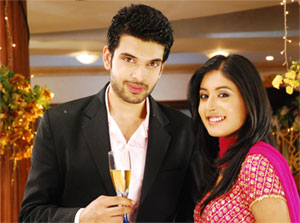 When exactly did the channel take the decision of getting the show back?
See, soon after the first season ended, we had told our fans that we will come back with a Season 2. So you can say that this decision was taken last year. We expected Season 2 to get on air in July 2010, but it took a bit longer than expected. Having said this, we are happy with the script we have got. Also, we had to look into the dates of Karan and Kritika. They were doing different shows, and we had to wait for them.

What are the steps that the channel is taking to make the sequel better than the first one, in terms of ratings?
We will be focussing a lot on promoting the show. Also, we are looking at all the minute details like the look and feel, characterization, the way they speak, the way they carry themselves, their hair style, dialogue delivery etc. The magic will happen when everything will come together, and you will see it in the first episode. If viewers have enjoyed the first season, we are confident that they will doubly enjoy Season 2. I would say Season 2 of Kitani Mohabbat Hai will be a bigger hit.

Can we call it a sequel? We have heard that the story will be a fresh one and not a continuation to the first.
Yes, this is a Season 2 and not a sequel. We will have a fresh story to tell. The factors that we carry forward from Season 1 are the chemistry between the lead pair, the magic that they are capable of creating on screen. We will retain the same soundtrack of the show, as that was a big hit. The track has become a part of the KMH brand, and we do not want to separate it. You must be aware that the ring tone of Kitani was a massive hit.

What do you have to say about the huge fan base that Karan Kundra and Kritika Kamra have got thro the show?
That's something fantastic!! Usually, it takes a couple of years for an actor to achieve a loyal fan base, but they have managed to get it in just a couple of months. The best part is that the fans have stayed pretty loyal to them; they want to know what is happening in their lives even when the show is not on. This speaks of their genuine passion. There is a big demand to see them back as a couple on screen, and they feel that is when the ultimate magic will happen. Frankly speaking, I am also a big KMH fan and I am excited to see them together on screen. 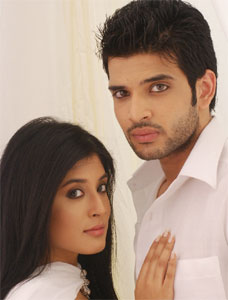 How will their characters in Season 2 be etched? Give us an idea.
I cannot talk much about it right now. All I can say is that, it will be very different from Season 1.

Can you tell us something about the concept?
It will be produced by Balaji Telefilms. The setting of the love story this time will be different. First season saw the love story kick start in a hill station, then moving forward in Mumbai. The typical nok-jhok between Arjun and Aarohi was a big hit, and we will be keeping that flavour intact. It will not be a typical love story; there will be ego clashes even now.

A brief on the other prominent actors in the show? We have heard that Mohan Kapoor has bagged a pivotal role.
We have not started with the shoot, so I do not know the names that have been locked. I think Mohan Kapoor will be in the show. We will be getting some fresh faces, based on the character that we are playing on.

We have heard that Season 2 might be loosely based on the movie Satte Pe Satta.
Not at all!! We do not need any movie for inspiration.

Is the show being developed by the same creative team who were involved in making the first?
From Imagine's point of view, the team will be same. You have to ask Balaji Telefilms to know more.

We have heard that the show is going on floors in the first week of September. When can we see the launch happening?
We will be announcing the launch date very soon. We are finalizing all details as of now; you should see the promo hit the screens in another 10-14 days.

What do you have to tell the loyal viewers who are now thrilled with the channel's decision to get back their favorite show?
We basically want to tell them two things. Firstly, it is time to celebrate for KMH fans, as their loved show is back with Karan and Kritika. Secondly, they need to spread the news to as many people as they can. If more and more people watch the show this time, better will it be for the success of the brand KMH. This will also provide us with a good incentive to work forward. We need the much needed public support to take the show to a higher level. Last but not the least, look for the promos very soon!

What can the viewers expect from Season 2? What time slot can we hope for this time?
KMH has always shown romance better than anywhere else. This will be a fresh story, which will basically start with the whole process of the lead pair falling in love. We will have some fresh elements in the show. Obviously, we will slot KMH season 2 at a prime time slot. We will also want to ask the loyal fans of the show to give us a feedback on their suitable time to watch KMH.

+ 2
9 years ago We want KMH 2 no end we want KMH3 soon we cant livewithout KMH plzzz dnt End the show plzzz its the most awsome show in the world see it in every country plzzz dnt end it pplzzz...

9 years ago KMH 2 Rocksss.
KMH season 2 is better and Bigger than season 1.

priyankamoolkmh 9 years ago What a LIAR!!! It is shorter than season 1!!!

+ 2
9 years ago wow! imagine said it would run longer than season 1 and it obviously not! then they say why are we angry!!! IMAGINE PPL ARE LIARS!!!

+ 2
9 years ago Kitani 2 is the most beautiful thing. Thanks so much CVS for comign up with Arkun and Arohi, they have brought something beautiful in each of our lives. Love Arjuhi, Love Kitani, this week was fantastic!!