The forerunners of Bollywood had found treasure in the traditionalism of the Indian audience's mindset. The coming together of a quintessential family and a festival thrown here and there was enough to get the fireworks started at the box-office. But if looked closely, you'll find these festivals always had an impactive factor - a message that ruled the story lines throughout. From classics to the now commercials, the festival of lights, Diwali has been one such soul bearer of our movies. Not only the magnum opus visualization of Diwali leaves the audiences enchanted but the events that revolve around the festivities keep the viewers engaged. And for some of our most applauded cinematic brilliancy, Diwali has played its role loyally and royally. On the occasion of the remembrance of a day in legends when good conquered evil, BollyCurry would like to take you through the varied facets of that light which brightens the lives of our movie characters in some way or the other. 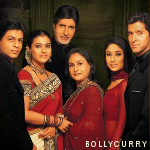 One of the most commercially successful and highly appreciated family dramas, Kabhi Khushi Kabhie Gham had everything larger than life, be it the sets, the dream star cast or the significant celebration sequences. Who could not be reminded of the grandeur that the Diwali festivities presented in the song "Meri Saanson Mein Tu Hai Samaya" or the slightly modified version of the legendary home coming of the eldest son. Diwali served as a witness to the unconditional bond that Nandini Raichand (Jaya Bachchan) shared with her adopted son Rahul (Shah Rukh Khan), giving cinema a scene so pure when a mother gauges from her surroundings that her son has returned. If observed closely the whole movie had a superficial Ramayana plot going through its veins. The darkness eventually shelters the happiness but light finds its way and towards the end, we see the personifications of Lord Rama, Sita and Laxman, as Rahul, Anjali (Kajol Devgn) and Rohan (Hrithik Roshan) walk into their home, completing the family. 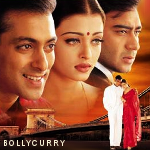 A cult, a rage, a movie to be remembered for its invaluable contribution to the Indian cinema, Hum Dil De Chuke Sanam cannot be contained for just one spark of brilliance. It was a box full of bustling crackers. Though the real Salman Khan-Aishwarya Rai Bachchan aspect rises above all, the reel Samir and Nandini were not far behind. And neither was Diwali. Samir (Salman Khan) arrives in the land of warriors, the Rann of Kutch from Italy to learn music from a prominent Indian classical singer on the day of Diwali. This scene has been shot like a home coming with the picturesque backdrop of Indian traditions and culture mesmerizing and casing Samir in their charm. Diwali here played the role of creating the prelude to that love story which eventually steams up into the choice between karma and dharma. 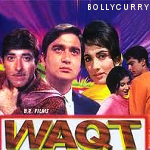 Waqt not only left a remarkable impression of how to make a legend but also created disciples from the filmmakers then and even now. An all time classic, Waqt paid its due to Diwali as well and how! The evergreen melody of "Aye Meri Zohrajabeen" graces the event of Diwali celebration in the movie and the most life altering sequence, that takes the plot forward, happens hence. Lala Kedarnath Prasanta (Balraj Sahni) is seen rejoicing the start of his new business with Diwali making it more auspicious, when an earthquake brings an end to all, that was glorious. But the dark shadow of sorrow which accompanied the light of Diwali is seen to dissolve slowly but surely, like the festival promises and we see the broken family re-unite in the end. 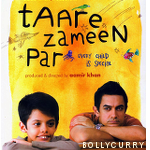 A movie that touches your heart with its innocence, Taare Zameen Par and Diwali have a bond rather fiery. In one such sequence we see a dejected and fearful Ishaan Awasthi (Darsheel Safary), sitting alone and contemplating what he did wrong that he was being send to a boarding school for punishment. While the whole world around him was celebrating Diwali, Ishaan is seen fighting his inner demons, when a boy comes there and makes fun of his predicament. Ishaan is seen to be filled with anger and picks up a string of sutli bombs, lights them up and while keeping a strong hold on the burning fireworks, screams in angst that he is not afraid of going to the boarding school. This wonderful tale of a dyslexic boy trying to cope up with peer pressure, demanding parents and a more demanding perception to act 'normal' even when things seem strange, takes us through a journey of realizations and attainment of hope.

A sliver of darkness will and must always be part of our lives. When the light sweeps in from those weathered niches and broken clefts, we recognize our thirst for it and be amazed by its sheer power to alter the accepted into the hoped. The day of Diwali surely brings light but it also carries a promise that when those diyas extinguish, the brightness will stay. The above mentioned are a few beautiful depictions of the celebrations and supplications of Diwali. However, Bollywood movies have shown indifference in portraying Diwali in its elemental form. Although the basic theme of our movies has always been taken from the essence of this festival, good has been fighting evil since the day Indian cinema came into existence. We hope the makers will realize their folly in sidelining such an illuminating socially virtuous festival from the screen and go easy on using it as a market wonder. To all our readers, here's wishing a Shubh Deepawali as we await your views on how you see Diwali and its tales, in the comment box below.

Do you have a suggestion or comment for BollyCurry? Drop us a PM at BC_Dropbox today!
9 Likes