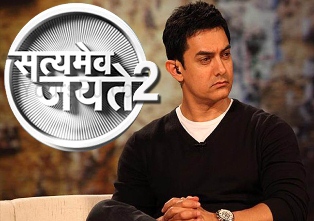 Sunday 11 am on Star Plus

What's it all about -

Don't know whether we should say that we like this but yes, the season 2 is just like season 1... it makes an impact since it is highly emotional. You almost cringe and can feel your hair stand on ends when you hear the victims and those who are affected by the incidents talk about the trauma and the loss they have to face every day. The back ground score accompanying the narration matches the mood of the show.

It is also noteworthy that victims come out and speak about it and even though we see many of the faces blurred it is commendable to see them speak with courage and conviction as they vent out their emotions which might be good from the psychological point of view, doing them good as they find a way to release at least a bit of their feelings as they relieve the experience.

Talking about the first episode which was on rape but it seemed to be focused more on gang rape rather than other rapes which are a reality in the society today. There is other type of rapes too, like marital rape, rape within the four walls of a house when the perpetrator is someone within the family leading to incestuous rape. The fact that the rapist is not a stranger always and can be the husband, father, brother, uncle or any other relative of the girl was totally ignored and the focus was only on the system and law and order while dealing with a rape case instead of giving an all-round view of how and why do rapes occur and how and why we as a society need to take steps to uproot it in totality. If not in in one episode, the show could have had a second episode which could have addressed this issue rather than avoid it completely.

Aamir Khan's reactions sometimes look practiced and while it is commendable that as a host he gets the victims to talk about their anguish, he looks very ready and poised as the talk show host who has to give reactions at particular points. His reactions showing shock, grief look rehearsed and just like forced laughter from an audience, an induced reaction too looks odd since the cases discussed and the tragedy of the situation hits you even without getting to see Aamir Khan react to it before you do. 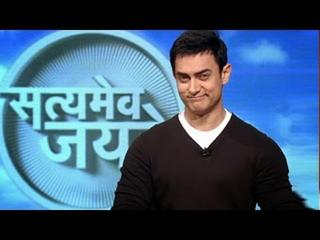 All said and done, the highly anticipated Season 2 will be a talking point just like Season 1 as it will further address social issues but then after a point you get thinking as to what will all this achieve. It is ultimately just another show wanting to grab maximum TRPs whether it is with its star host status or the issues it will address.

If a change is needed to be made and if that is what everyone is aiming at, then along with a research team the show needs to have a follow up team to review how the changes that are needed are effectively implemented and how do we make it happen... till then it is just a show that we will end up watching and getting affected by it every Sunday morning before we disconnect from it all as soon as we get into the rest of the chores of the day and the week ahead.

-Wanderer- 6 years ago Whatever little fault, the first episode which I wztched was an eye-opener.
I do not mind aaying that I learnt lot from it.
The message is positive. Other bits are inconsequential.

RubblesTinTin 6 years ago As I said before on the article of SMJ, people will find a fault in any act, even done with pure heart...

Mattz 6 years ago its irony that instead of appreciating that positive step towards the betterment of the society, these so called journos/writers do unrequired criticism.
how he laughed,how he reacted,how he reacted is nothing to notice. the main thing is to understand n realize the importance of issue,he is trying to make ppl aware of.
Shame on that person who wrote that useless piece of crap in the name of article.

Krilovad 6 years ago love u dear

I do not agree with the article.
The program was well presented.
all the best Aamir khan & Satyamev jayate 2.

Fatima_Q 6 years ago All the best to Aamir and the SJ team for season 2. I don't know how much practical change season 1 actually brought...but at least someone is bringing to light issues society wants to push under the rug.

adiluvu 6 years ago thanks Aamir khan for Satyamev jayate -2... hats of u.

minzuuuu 6 years ago I do not agree with the article.
The program was well presented.
all the best Aamir khan & Satyamev jayate 2.