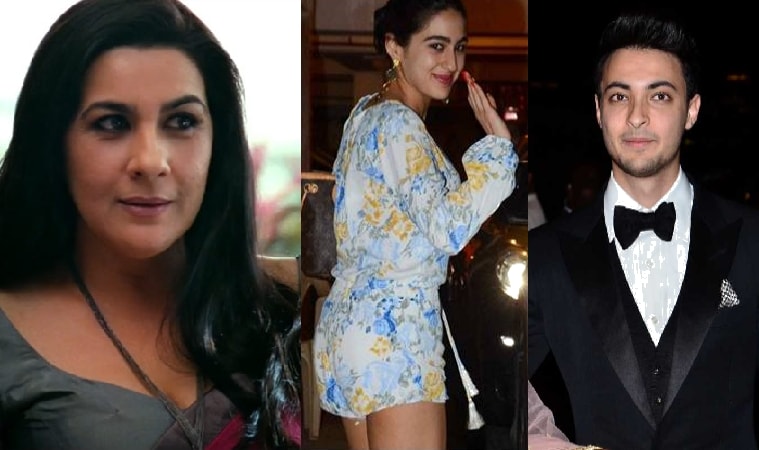 A lot has been already said about Saif Ali Khan and Amrita Singh's daughter Sara Ali Khan's film debut. It was earlier revealed that  Sara will mark her debut under filmmaker Karan Johar's Dharma banner.

However, a few days ago, reports in media suggested that Sara's will be launched in a film with Salman Khan's brother-in-law Aayush Sharma. The film will be produced by Salman's himself. But, a report in a popular tabloid has turned down all the reports.

According to a source close to Salman Khan productions, "Salman has not even thought of a leading lady for his brother-in-law. Most probably, he will cast a known face with Aayush." (sic)

The report also assured that Sara's will enter in B-town only with KJo's film. A source was quoted informing, "As of now, Sara has not been signed for any project. But Karan Johar has pledged to be her godfather and patron saint. And seeing the way Karan's other protge Alia Bhatt's career has gone, Saif and Amrita are quite happy to wait for Sara's debut to happen whenever Karan wills. Karan is waiting for the right project before announcing Sara's debut." (sic)

In a conversation with Sara's mother Amrita Singh, she was asked if her daughter will make her debut with Aayush. To which she replied, "Not as far as I know. Inshaallah, when Sara signs a film, I am sure a proper announcement will be made by the producer." (sic)

Even before stepping into the tinsel town, Sara has grabbed a lot of attention in the media. Reports and rumors about her have already created a lot of buzz among the B-townies.

4 years ago Looks like it will be Sara and Jhanvi competing to get into a KJo film. Both want to be the next Alia Bhatt.

4 years ago And they say there is no nepotism in Bollywood :/