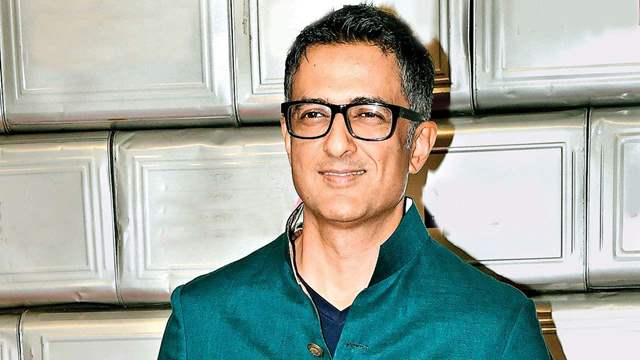 The series follows Devika as she weaves through a ton of emotional trauma when her lover and boss as well as best friend’s father leaves her without a real explanation or closure. She is lost as her best friend leaves her too. Her struggle to come out of the spiral and grow into a woman to be reckoned with is a very interesting story. The actor plays the role of 'Anurag'. He is self-made, confident & successful but has some baggage from the past that he carries on his chest. He never likes to confront those issues until Devika comes into his life & certain moments act as a trigger.

We got in touch with the actor, and here are some of the excerpts from the interview.

Tell us about season 2 and shooting for the same.

Dev DD season 1 was one of the early days of OTT in 2017, I think it was one of the first 5 shows on the platform and it did pretty well. It organically went into the writing process of season 2 and we started shooting, before lockdown, and then it got stalled for a while and then we completed it immediately when things started opening up in October-November. It has been a journey with the entire team from season 1 to season 2, pretty much the same team, except the director and new additions to the cast, but we all gelled very well from season 1 itself. A lot of the actors are young as well, the lead protagonist, Aashima, it was wonderful how they brought in new energy, and I really enjoyed it. The character and the conflict, for each character as well as mine, I would say, it was good drama - for someone who is falling in love with a younger person, to find out that she is his daughter's friend. It is probably someone who got married early in life and got kids early, and he was just living life, there was no baggage, but lot of emotions for him, she comes as a breath of fresh air in his life. That season ends on a crossroad, and that is what season 2 follows.

You said that season 2 came very organically, but do you feel there is this additional pressure to always bring in the next season to a successful show?

I think this format allows you a lot of freedom. A season 2 can completely change as long as the umbrella theme is intact and some connection is there because people have invested in a story. Some characters can change but they want to know what happens and so it needs a little follow-up and carry forward situation and then it can take a new direction, but that carry forward is important. Even if a show is very new and it has nothing to do with season 1, then you should build an expectation accordingly.

As for the answer to just because season 1 worked, is there a season 2 required, if it has worked, there is something it has, and then you do the next season? The next season cannot be responsible for season 1, but it did happen because of season 1. If that would not have worked, then there wouldn't have been a season 2.

When you watch a film in a theatre, you take the time out, it is a date with your film right, there is a dark room and an atmosphere. Now here, it is on-demand, there is seldom an emergency, second, even if you are looking forward to it, there are a lot of distractions when you're watching at home. It is not your dedicated viewing, so there are pros and cons, but it is a big boom for the creative field

For someone who has been around for such a long time, how would you say OTT has changed the content that we consume.

This is a larger subject, but basically, I would say it has given a lot of scope to writers. It is a new lease of life and freedom in this format, where story graphs can change, you can live a little more with your character, you have more time and space. So those are the good things, it is democratic, it gives you freedom, it is a platform where you can express a lot with your writing. But the challenge is how to retain the attention of the audience and that is purely because of the way it is consumed. When you watch a film in a theatre, you take the time out, it is a date with your film right, there is a dark room and an atmosphere. Now here, it is on-demand, there is seldom an emergency, second, even if you are looking forward to it, there are a lot of distractions when you're watching at home. It is not your dedicated viewing, so there are pros and cons, but it is a big boom for the creative field and yet it is challenging as it is becoming a very crowded space in the sense that you really need to stand out to make a mark. At the same time, one should refrain from judging, it is like what works on box office, may not work here, and what may not work there, may work here. For example, if you have a big star in it, there is no guarantee, unlike opening box office weekend, so that is the democratic part of it, if it is good, in 7-10 minutes you are hooked. They are different boats in the same ocean.

Krrip Suri on shooting for 'Hero' & staying in touch with his daughter ...