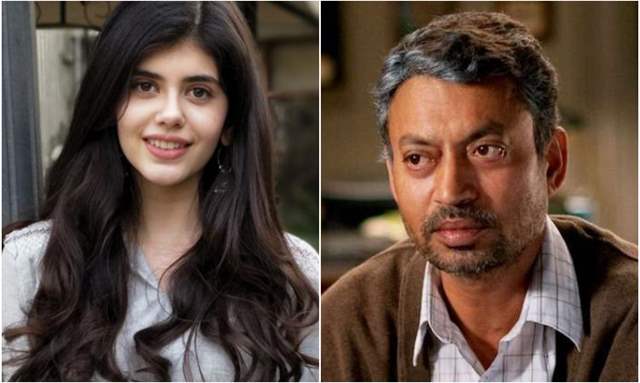 Sanjana Sanghi is currently carving a niche for herself in Bollywood with her performances. The actress has impressed the audience with her craft in her last film - Dil Bechara which starred late Sushant Singh Rajput as the male lead. Now, Sanghi recently opened up about the acting lessons she learnt from Irrfan Khan.

The 24-year-old actress was seen in Hindi Medium and was seen performing the younger version of Saba Qamar character in the film. Despite her small role, Sanjana shares fond memories with Irrfan Khan from the sets of their film. The actress spoke about the same are shared the acting lessons she received from him.

"With Irrfan, it was a focus on theatre and understanding that being able to improvise is everything as an actor. It’s not just about that line in the script, it’s about what you bring to the script and how you make it your own. And when I do that, in front of the camera, I realise that the scene changes, it goes somewhere else," said Sanjana in her interview with Pinkvilla.

In a career span of ten-years, Sanjana made her acting debut as a lead actor in Dil Bechara. Prior to her debut, she was seen in a string of movies, playing small roles. She began her Bollywood journey with Imtiaz Ali's Rockstar, then appeared in Hindi Medium and Fukrey Returns.

Sanjana Sanghi's emotional message, "I hadn’t ever even been able to ...