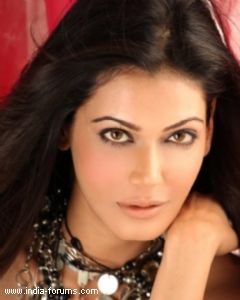 Actress Payal Rohatgi, whose wrestler-boyfriend Sangram Singh is a contestant in reality show 'Bigg Boss Saath 7', says he is a good-hearted person and she hopes he wins the show.

"He (Sangram) is a very simple person. He believes in god and he thinks that whatever happens, happens for good," said Payal.

"I hope whatever is good for him, happens. His intention on the show is to do good for everyone. To stay, win or lose is not in anybody's hands. I just hope the audience understands him," she added.

Payal, who participated in the second season of the show in 2008, will be happy if Sangram wins the ongoing season of 'Bigg Boss'.

"He is my boyfriend and obviously I would like to see him as the winner. I just want him to stay nicely in the home," Payal said.

zoharocks 6 years ago im with andy kamya and sangram...btw this is the Payal they all talk about

jamb0ree 6 years ago sangram is the most fake contestant ever

rekhasharma 6 years ago So he is Ms Rohatgi's latest toyboy? Poor Sangram!

riya_ss9 6 years ago Now you have joined hands with Sallu, promoting Sangram Singh, both of you are Sangram's PR outside BB house.
Sangram is a fake.

-Cruiser- 6 years ago We may not be off the mark in assuming you are the one who is behind Sangram PR Agency planting FAKE STORIES like Sangram won a Gold Medal in 2006 Commonwealth Wrestling or that he is the chosen face of 2014 Paralympic games at Sochi!...Remove these blatantly false claims from his website and we have no problem in accepting him as a 'normal Bigg Boss House Contestant" Here is expose of Sangram the fraudster: http://www.india-forums.com/forum_posts.asp?TID=3823212

billy_ritu 6 years ago sangram is the most deserving
nd then andy...
all r playing their games... no matter how they show they r good

GamesOfLife 6 years ago sangram seems to be a very sweet person . All the best to him inside bigg boss house n beyond that too . May Allah removes all the hurdles of life 4 him :)

kavmuks 6 years ago Aah Ms. Rohatgi.. you have had your safe of fun in BB house with Rehul Mahajan. in that sense Sangran is a saint ...

They Kept Denying It But Kriti Sanon Was Dating Sushant ...
26 minutes ago