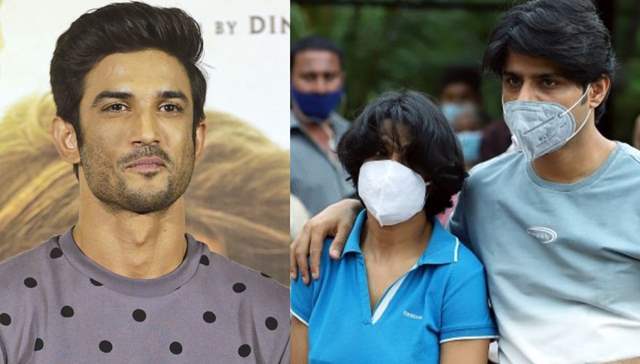 Sushant Singh Rajput's friend and filmmaker Sandip Ssingh, who has been accused of drug use following SSR's death has released WhatsApp chats with the actor's sister that disprove the family's claim that they did not know him.

The chats, dated between June 15 - a day after Sushant Rajput's death -- and July 1, indicate that he helped them with getting his death certificate, ambulance, press statement and other things.

This is the second time that questions have been raised about the claims made by Sushant Rajput's family.

Last week, WhatsApp texts between the actor and one of his sisters revealed that his family was aware of his mental health problems - a matter that his father had denied in the police complaint.Mr Ssingh is known in the film industry as one of the closest friends of Sushant Rajput.

The chats he released on Sunday were purportedly with Sushant Rajput's sister Meetu Singh and his brother-in-law.Releasing screenshots of the chats on Instagram, Sandip Ssingh posted a message that read: "Everyone is saying that your family does not know me. Yes, its correct, I never met your family. Is it my fault to help a grieving sister alone in this city to complete the final rites of a brother ? Just want to end the speculation why I was talking to the ambulance driver despite his statement." The message was hashtagged #MittuSingh and #OPSingh.

Mr Ssingh has been quizzed by the Central Bureau of Investigation, which is probing the events surrounding the death of the 34-year-old actor following his family's claims that his friend Rhea Chakraborty had a role in it.

Sushant Singh Rajput's family has also claimed that they were unaware he was under treatment for mental health issues and that Rhea Chakraborty had not informed them about his condition or medications.Ms Chakraborty has been questioned by three central agencies including the Narcotics Control Bureau over allegations of drugs abuse surrounding the actor's death, which the Mumbai police had concluded was a case of suicide.

Her brother Showik Chakraborty has been arrested by the NCB.Sandeep Ssingh released the chats on a day Meetu Singh was questioned for the second time at the DRDO guesthouse by the CBI .The first message from Sandip Ssingh was dated 15 June -- a day after Sushant Rajput's death, read: "Coming home by 9 pm will sit and explain everything."

It was followed by a copy of the press statement which the family later released.

Following a message dated June 17, which asked, "Di you need anything? will come home later today", there was a response: "Sandeep please bring Sush's death certificate also. Thank you".

On June 20, Sandeep Ssingh offered to keep Sushant Singh's "ghar ka stuff" in his film godown. Meetu Singh asked him to "kindly confirm about the ambulance payment" and whether it was done.

Bharathi_gurti 1 months ago Stop misquoting the family..both sandeep and family are saying the same thing..that they didnt meet or knew each other before jun14th. U guys should stop writing false statements