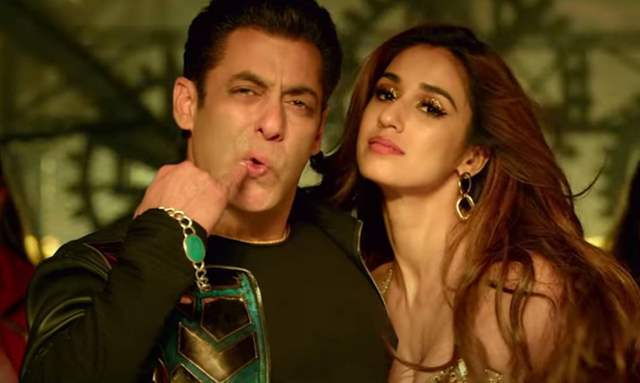 Salman Khan and Disha Patani starrer Radhe: Your Most Wanted Bhai was considered to be one of the most anticipated films. Owing to the current Coronavirus situation in India, the makers opted for worldwide hybrid release - the film will release simultaneously in theatres and on the digital platform ZEE5.

The reviews for Radhe from UAE’s grand premiere are out, and fans are impressed by the film.

From reprising his character name to actually mentioning ‘Wanted‘ in the title and retaining the ‘commitment’ dialogue, Salman has tried everything to live up to the audience’s expectations.

A video in which the crowd is chanting ‘Radhe Radhe’ inside the cinema hall has gone among the bhai-fans.

Now, a ZEE5 spokesperson commented about the same and said that the response is completely unexpected.

“Salman Khan’s Eid blockbuster Radhe: Your Most Wanted Bhai has, as expected, recorded an unparalleled ‘First Day First Show’ opening on ZEE5 with millions of fans logging in to catch their favourite star in action. The team had anticipated a surge in traffic, going much beyond conservative estimates, but nothing compared to the extent that we witnessed this worldwide,, so intense has been the outpouring of love that the platform witnessed unprecedented traffic from fans across the country bringing down the servers temporarily. The servers have returned to normalcy and the movie is already getting rave reviews from critics and audiences alike. Most importantly, we hope India and Bharat continue to tune into ZEE5 with ZEEPlex in equal measure in the days to come helping the magnum opus become the blockbuster it’s designed to be”, Zee5 spokesperson shared.

The movie was released in over 40 countries, including a theatrical release in major overseas markets on May 13 2021, on the occasion of Eid. The film is available on ZEE5 with ZEE's pay per view service ZEEPlex on the Zee5 OTT platform and all leading DTH operators.

Salman Khan, Alvira & others summoned by Chandigarh Police in alleged ...

2 months ago No one is "burning." People just reject garbage being peddled repeatedly as "entertainment!"

2 months ago So rickshawalas have access to internet connection now eh? But nonetheless this article is fake. Radhe is a big flop.