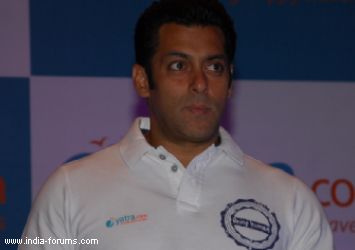 Actor Salman Khan, whose work keeps him so busy that he never gets time to see places as a traveller, says he wants to re-visit Kashmir and tour the valley.

The star, who has been to many places for shooting and personal work, wants a break from his busy schedule and go on a vacation.

Bollywood actress Priyanka Chopra has been declared the most influential Indian on the social media site in a survey.

According to a survey by Pinstorm India, Priyanka holds number one position, while Shashi Tharoor is on number two and Bollywood megastar Amitabh Bachchan on three.

The list consists of 100 people ranging from Aamir Khan to Salman Khan to Taran Adarsh and may more.

Priyanka also enjoys one of the highest number of followers on twitter - she has 2228363 followers, which is is more than Sachin Tendulkar's.

Meanwhile, the actress is working round the clock for "Krissh 3", Kunal Kohli's "Teri Meri Kahaani" and her endorsement commitments.

While Bollywood seems to be obsessed with the No 1 tag, Akshay Kumar begs to differ. The actor says he is not in the race to be tagged as No. 1.

"We all work in this film industry. We all work together. We are not horses at Mahalakshmi Race course who are tagged with nos. like 1, 2 or 3," Akshay said.

The actor doesn't like being compared to Salman Khan, who gave hit action films like "Dabangg" and "Bodyguard".

Sonakshi Sinha, who worked with Salman and teams up with Akshay in "Rowdy Rathore", feels the same.

She said: "Salman Khan is 'Dabangg' and Akshay Kumar is 'Khiladi' of Bollywood."