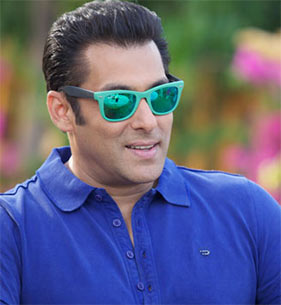 "Dabangg" superstar Salman Khan has decided to release the trailer of his much-awaited film "Kick" at the single screen theatre Gaiety Galaxy here in the midst of his fans Sunday.

The movie screenings at the theatre have been cancelled to accomodate Salman's plan.

"Salman has a huge fan following and he considers single screens very lucky for him, so he has decided to release the trailer of the film at Gaiety Galaxy June 15 with his fans," Manoj Desai, executive director, Gaiety Galaxy and Maratha Mandir Cinema, told IANS.

"We have cancelled the shows from 12 p.m. to 6 a.m. for that day as Salman has booked the screen during that time," added Desai.

The actor's films, often the typical Bollywood masala entertainers, have been popular at single screen theatres.