View Profile
Recently, our sources have revealed that Salman Khan has not only signed his upcoming films -which all happen to be 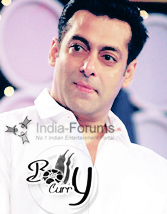 sequels to his previous hits - but he also has been lending his expertise in supervising the direction of the films as well the dialogues!

New has it that Anees Bazmee's next, No Entry Mein Entry - a sequel to the multicast blockbuster hit, No Entry - will be going through a major cast change. Apparently Sallu has demanded that the lead actresses of the previous film: Celina Jaitely, Lara Dutta, Esha Deol, and Bipasha Basu be dropped. Instead, he wants Bazmee to take on Kangna Raunat and the Kat-look-a-like, Zarine Khan.

However, both Bazmee and Salman have decided to keep the theme of the film as infidelity. According to the director, taking away the theme would seize the movie of it's original success factor. In fact, Bazmee went as far as to say that, if Salman is in the film, the other two actors, Anil Kapoor and Fardeen Khan, will have to take the backseat - even if one of them is the brother of the producer!

As for the sequel of Dabangg, Arbaaz Khan has clearly stated that Salman will be given full authority to make any changes.

With such rash changes, here's hoping that Salman prevails!

Kangana Ranaut Vs Anurag Kashyap: Actress ‘Steps Back’ after ...
21 minutes ago