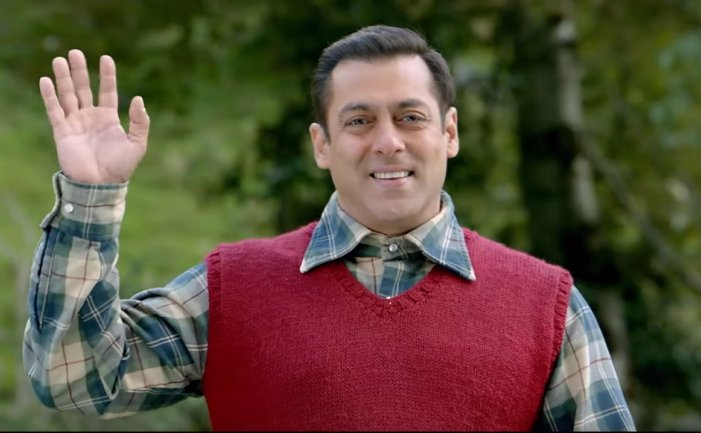 Salman Khan's "Tubelight" is released this Friday did not go well with the critics but he is pleased as they did not give minus rating to film.

"The critics were really good. I was expecting minus 3 and minus 4 but they gave 1, 1.5 apparently, so i am very pleased," said Salman at an event where his "Being Human" joined hands with PVR for an initiative under which every time when a customer book tickets for a movie at PVR, they will get the option to pay Rs 2 extra and this amount will be given to the Being Human foundation for different causes.

About the feedback about his film, Salman said: "As per reports people are saying they can not see 'Bhai' (Salman) crying. So I asked, are they (audience) laughing and the answer was "no, they are crying". So I said don't worry about it."

"As it is an Eid release, people have preconceived notions and plans to throw coins, sing and dance at the cinema hall. So they have gone to watch a certain film but get to watch another film. This film is not of a kind which you watch with your buddies as you will not get an opportunity to dance or have fun. It is a very emotional film. Even an emotionless, stone hearted person will get tears in his eyes. So this is an emotional film to be seen with parents, grand parents and entire family."

Asked about mixed reviews the film is getting, the "Dabangg" Khan said: "I got so many text messages, saying that they got emotional watching the brothers dancing on the song. So we are preparing audience for a beautiful, simple, emotional film about brothers. As far as reviews are concerned, every film has mixed reviews."

Asked about any sense of failure and bother due to the mixed reviews, he laughed and said: "Look at me, are there any sign of worries on this face. I am not bothered, I know the film will do well and will be a hit and get lot of respect."

Kratika Sengar Has a Sassy Take on a fan’s Family Planning comment!