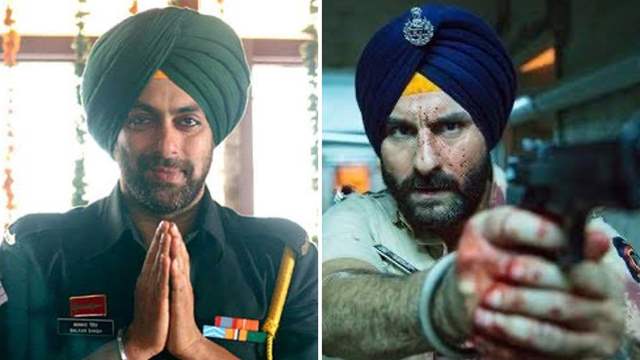 Salman Khan will be seen on screen with his brother-in-law Aayush Sharma for the first time with the Mulshi Pattern remake titled Antim.

The news of the remake had left fans excited who are eager to see the duo for the first time on screen together. The latest report suggests that Salman Khan will be playing a Sikh cop in the crime drama while Aayush plays a Marathi gangster.

This definitely gives a vibe of the Netflix series Sacred Games, where Saif Ali Khan played the character of a Sikh cop chasing the gangster played by Nawazuddin Siddiqui. “It’s more like Salman’s version of a Sikh Cop and A Marathi Gangster minus the abuses and vulgar scenes of Sacred Games” a source tells Bollywood Hungama.

Salman has played cop on screen in hit films like Dabangg, Wanted and others but this will be the first time he will put on a turban and turn into a no nonsense officer.

“The cop being Sikh is the sole reason for Salman to do Antim, as he hasn’t done a character like this before. He is beefing up, increasing his beard as he will be seen playing a tough, intense and real Sikh cop, and wear the turban too. There are larger than life elements in the script, but this cop has his own swag, and style of functioning. It’s more like how a cop would be in real life, unlike his other cops which are more commercial and heroic,” the source adds.

Antim is the Hindi adaptation of a 2018 Marathi crime thriller film The Mulshi Pattern. The remake will see Salman and Aayush in a cat and mouse chase as the former plays a cop while Aayush will be seen stepping into the shoes of a gangster.

However, it is being reported that Salman will be seen in a supporting role as the main focus is on the gangster, played by Aayush Sharma.