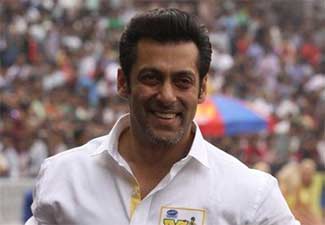 Bollywood superstar Salman Khan has teamed up with the small screen's favourite animated character Chhota Bheem for an action-packed entertainment package. The movie star had "fun" doing it.

The makers of "Kick" have joined hands with POGO - a multi-genre channel created exclusively for kids in India - to create a special TV presentation with Salman and Chhota Bheem to promote the movie, which is releasing Friday.

The 90-minute presentation is an action-packed combination of Salman's antics and never-seen-before episodes of "Chhota Bheem". They will share anecdotes on defeating villains and display some cool moves, especially their own unique kick style.

"Villain Bheem ke peeche, Bheem villain ke peeche", Salman remembered his dialogue from the film and added: "Too much fun!"