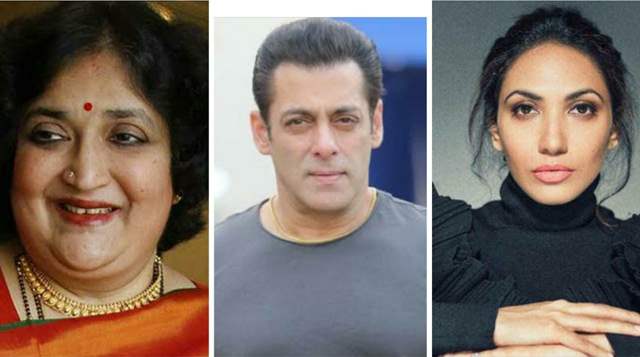 More and more interesting collaborations continue to be the flavor of the town where we are witnessing an array of people from different industries and belonging to different languages are getting together for interesting projects.

Recently, it was reported that legendary actor Rajnikanth's wife, Latha had teamed up with actor Prerna Arora for several musiv videos and one of them starred actor Rimi Sen. Now, latest reports suggest that they have further teamed up to produce a bilingual in Hindi and Tamil.

The film is currently titled Savera - The Awakening and will be directed by Suresh Krishna, who is best known for directing the South super hit film, Anamalai.

It may be recalled that Suresh Krishna is the same person who directed the Salman Khan-Revathi starrer Love, which released in 1991. Love was produced by Shyam Bajaj and also starred Amjad Khan in a very important role.

Latha and Prerna decided that Suresh Krishna would be the apt choice for this film. They have seen his line up of films and were quite impressed with his work.

The film in question is being produced under Latha and Prerna's banner 'We Studios' which is involved in noble causes. Latha Rajinikanth has been a musician and film producer.

Confirming the same with ETimes, Arora said, "The film 'Savera- The Awakening' is not a fancy idea to bring many actors together. It's a film based on a Hindi film and we shall explain that in due course."

Added Arora, "It is strange that South is dominating the market with better content but there's no denying that the South industry has become powerful today. Almost every South film is also getting dubbed in Hindi. And, I thank Latha Rajinikanth and Suresh Krishna for their collaboration with me. 'Savera - The Awakening' will not be just a commercial film but also a film with an important message. It's a youthful love story. We start on August 20 in Kashmir."

+ 8
6 months ago why did i think the woman on the left was vyjanthimala ? lol