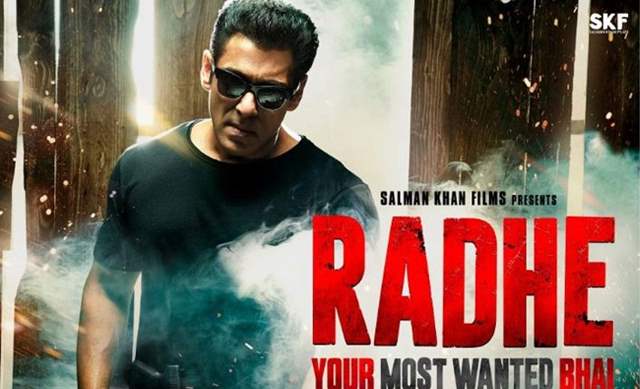 The Coronavirus outbreak has played spoilsport for multiple reasons, and one of them is the way we now consume entertainment. While some movies that were slated for a release over the last few months have been indefinitely delayed, some of them have had digital releases. Meanwhile, a couple of films are also due for a release soon, Gunjan Saxena: The Kargil Girl, Sadak 2, among few others.

One of the much awaited films for this year was Salman Khan's Radhe: Your Most Wanted Bhai. As the actor did not have any Eid release this year, it sure did make fans a little upset. However, according to the latest reports now, the actor is looking at a Republic Day release for the film as only 10 days of work is left. None the less, since it is a big-budget film and a huge entertainer, the makers are in no hurry to release the films.

Hence, as of now, they are looking at getting back to shoot by October, November. However, if they happen to miss their Republic Day 2021 target, it is going to then be postponed for an Eid 2021 release.

Meanwhile, the actor has quite the line up of films ahead and will have a busy schedule once things go back to normal. Next up, he will be shooting for Guns of North followed by Kabhi Eid Kabhi Diwali, and finally, Tiger 3. While the actor is at his Panvel farmhouse right now, he has a schedule in mind but is not looking at putting his or his crew's health to risk. Apart from these films, there are a couple of films that the actor has given a nod to for his production house as well, however, the announcement will come in due time.

My emotional memory helps me shape my character in Anupamaa: ...
43 minutes ago

Barun Sobti says his transformation for Halahal was 'a bit ...
45 minutes ago