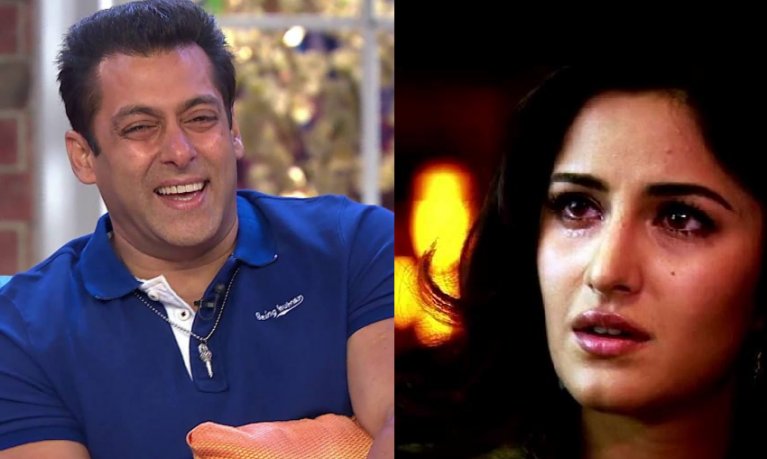 Salman Khan is known for his helping nature and launching new talents in the industry. Katrina Kaif is the name, to whom Salman has always lent his helping hands from beginning!

During recent media interaction, Katrina Kaif revealed about Salman laughing at her when she was crying after a rejection! Before you think about anything, she was dropped out from a movie which was being directed by Anurag Basu.

Talking about Salman she said, "We all know that Salman has the kind of heart that loves to help people. But for me, the greatest strength that he was to me was that he didn't try to make things different for me, he encouraged me every moment to stand up, find my own feet and work hard." (sic)

Further, she recalled the moment where she thought Salman was mean to her, she said, "He always had a lot of belief in me. I was to be a part of the movie ' Saaya'. Anurag Basu was the director, John Abraham was the hero and I was cast in the film. I was called one night for a shot. It was a silent shot, that too I was playing a ghost. It was a passing shot. After shooting for two days, I was told I am chucked out. When I left the room, I started crying, I was bawling my eyes out." (sic)

"Sometime in the day, I met Salman and I'm weeping, and he's just laughing. I started to think he's so mean. I'm thinking my career is over and I've been chucked out from my first film and it's the end of my life and he's laughing? He finally gave in and calmed me down saying, you don't understand, this doesn't mean anything. I know where you're going to go from here, these things happen, I don't have an answer but these things happen, you'll see. Just keep your focus and work hard," she added. (sic)

Sanjay Dutt's Close Friend Reveals his Condition
a minute ago

Virat Kohli and Anushka Sharma 'Take a Break' with Instagram ...
2 minutes ago

'Tujhse Hai Raabta' to take a Leap; Checkout their Post Leap ...
54 minutes ago