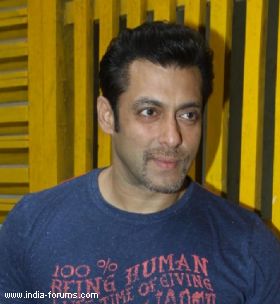 Bollywood star Salman Khan, who unveiled the music of an upcoming sports-based film "Khwaabb" here, is himself tempted to produce a movie inspired by a sport.

"I would like to produce a film based on sports," Salman told reporters here at the music launch event Friday.

"I have played almost all kinds of sports...I have done swimming, have played football...I even used to play cricket," he said, adding that "sports should be encouraged" in the nation.

Salman, 48, lamented how due to lack of encouragement and facilities, sportspersons in the country are sometimes unable to deliver their best, and then face the wrath of the countrymen.

"And when they (sportspersons) do not perform in Olympics and such other sports or do not win a medal, then we criticise them and say 'You didn't win even a single medal'. There is food problem, people are not getting jobs...there is no encouragement," he said.