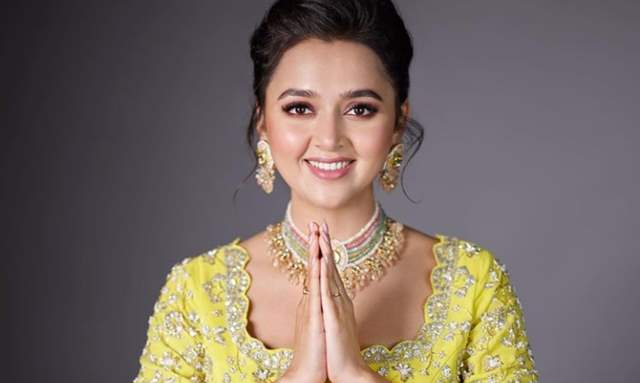 Bigg Boss 15 contestant Tejasswi Prakash is on a roll with support from industry friends, fans and viewers of the show who are loving her game in the house.

From being a true entertainer to showcasing her fun loving bubbly side, segregating between wrong and right behaviour in the house, and multitasking between tasks and kitchen duties which Tejasswi has successfully managed to get a hold off, the young actress is truly ruling the house as one of the most favourite contestants.

Host Salman Khan has also supposedly praised Tejasswi a lot in the upcoming weekend ka vaar episode for standing out as one of the strong contestants in the house who is playing her game very well. Salman was said to be super impressed with the young actress's impressive personality which he feels is winning hearts outside the house.

Meanwhile, we will also see Salman give an earful to Afsana Khan for her behaviour throughout the week. What will be the other issues that Khan takes up will sure be interesting to watch.

Ash2021 1 months ago She is very entertaining. I have been watching her scenes on repeat. Shes too funny and very intelligent also

+ 4
1 months ago What has she done this week? She is the most overhyped contestant

1 months ago She is the best

zara_112 1 months ago Love the way Tejasswi is playing so far!