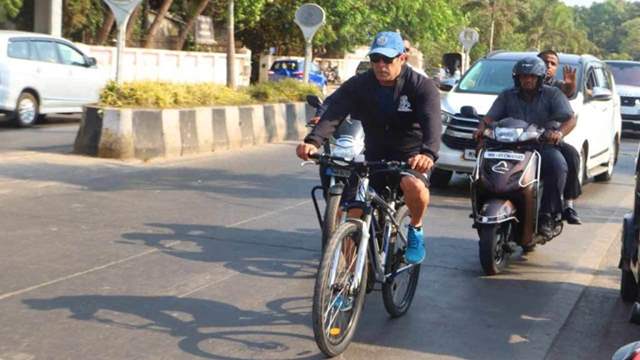 For a while, now Bollywood actor Salman Khan made headlines after a death threat letter was received by his father Salim Khan. The Bollywood megastar's security was beefed up after the incident and Mumbai police had started their investigation on the same.

Now according to the latest report by the Times Network, a plan was devised to assassinate Bollywood superstar Salman Khan. Even while the investigation into the daylight murder of Sidhu Moose Wala continues, this is one of the most gruesome facts to emerge.

During the inquiry into the murder of Sidhu Moose Wala, investigators discovered a piece of information that had previously been unknown. The Bajrangi Bhaijaan actor was almost slain by a sniper outside his home, but he was saved.

As previously reported by the media, the prime suspect in the Sidhu Moose Wala murder case, Lawrence Bishnoi, had allegedly sent a snipper with a modified weapon to kill Salman Khan. The sharpshooter was reportedly planted out of the actor’s residence and tried to assassinate him, but he backed out at the last moment by chance.

Reportedly, the gangster's men conducted surveillance of Salman Khan's routine and knew that the actor isn't accompanied by his security team when he goes out cycling in the morning.

Bishnoi had earlier vowed to kill Salman Khan after the actor was accused in the blackbuck poaching case of 1998 in Rajasthan. The threat letter ended with a couple of initials including 'L.B.' which the police suspected refers to 'Lawrence Bishnoi.

1 months ago Stupid shooter couldn't even hit the target. I hope next time this Budhao actor won't be so lucky! Bollywood will be much better without him.

+ 8
1 months ago this is very very scary. thinking that someone could take you out over something they werent personally involved in..welp