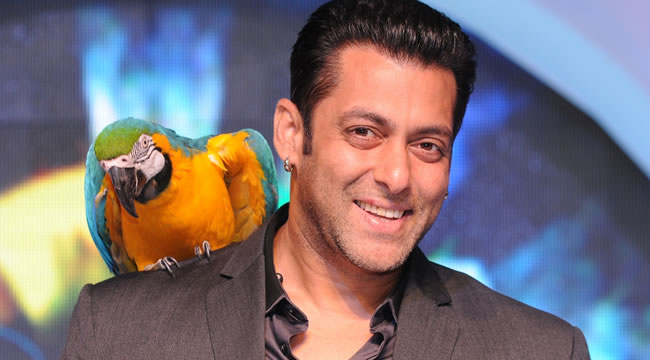 A lot has been spoken and written about who will be the part of the next installment of Colors most controversial reality show Bigg Boss and which big name will be seen hosting this new season of Bigg Boss. The name revolved Akshay Kumar, Shah Rukh Khan and of course Salman Khan who has been associated with the show since a while now.

Well, the recent development that we hear is that Salman Khan may come back to hosting Bigg Boss Season 8. He earlier had refused to host the show owing to the busy schedule and date problems.

Along with this we also hear that the next season of Bigg Boss will be on air by third week of September; to be precise, September 20, 2014.

So now it's a wait and watch game as to who will host the show whether Akshay Kumar or Salman Khan.

While we bring to you guys the confirmation and latest updates on your favorite shows, keep reading this space.

Mohabbateinn 6 years ago lets face it... bigboss is nothing without salman. if someone else were to host it... colors would have to shut down.

Yuvika_15 6 years ago as much as I love salman, I don't want him to host BB anymore...people made so many allegations on him last time despite knowing that all we see is 1hr of a total 24 hr show... salman ur better off doing DKD...forget colors and BB... its all staged and full of nautanki people...

chahat4u 6 years ago As much as I always enjoy watching Salman khan, and watch Big Boss only for him. I don't want him to host this show now; why welcome every one else's hatred & allegations in loads!he deserves everything good, not this. :-) Love him always.

gmsk 6 years ago M ok with Salman Khan,as long as he isn't baised and is neutral towards all..
Akshay kumar is also a good choice..
Waiting eagerly for BB..

knock_knock 6 years ago Is this a weekend show or does it come 7 days a week?