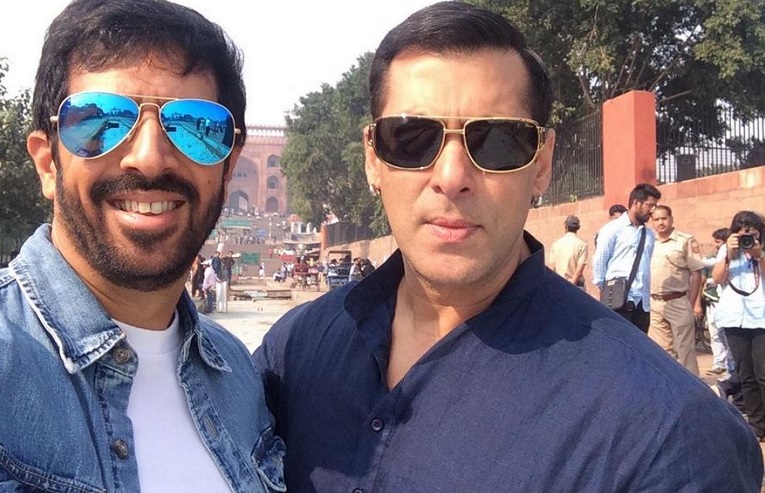 Bollywood star Salman Khan, his father Salim Khan and filmmaker Kabir Khan on Thursday said "Mahabharata" actor Gajendra Chauhan should listen to the FTII students protesting his appointment as chairman and step back.

The protest against Chauhan's appointment as the Film and Television Institute of India (FTII) chairman has been going on for over a month now. Many Bollywood celebrities have expressed their opinion on the issue, with some siding with the students.

"I think he (Chauhan) should listen to the students. Because the students have made our industry what our industry is today. Most of them. And most of them were rusticated," Salman told the media at the launch of a special book on his new movie "Bajrangi Bhaijaan", indicating that a recent circular on protesters to be rusticated will not make any difference.

Kabir Khan said "the gentleman concerned should have the dignity to step back himself".

"I think the relationship between the chairperson and students in a film school is very intimate. You cannot demand respect, you have to command it.

"As far as rusticating students is concerned, I think it is absurd, as long as they are protesting by peaceful means, they have the right to express their angst against what they feel is not right," Kabir said.

Salim Khan said he had a "simple opinion" on the issue.

"Wherever I'm not welcome, I wouldn't like to stay there. I will never go. When there is so much opposition and people are not keen to have you, you should withdraw from the situation with dignity," he said.

The students have been protesting against government interference, saying Chauhan lacked qualification for the important post.