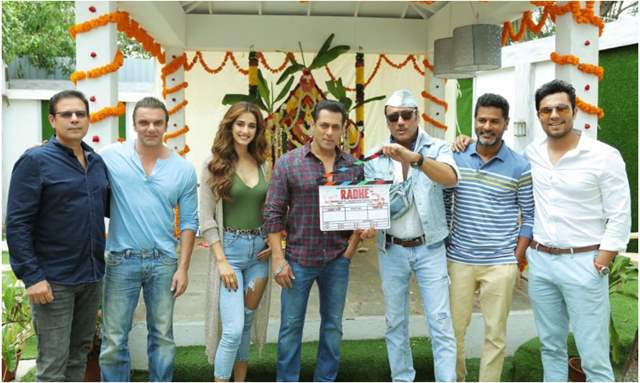 A number of Bollywood projects were halted amid the spread of the coronavirus pandemic. The government ordered immediate lockdown across the nation to curb the spread of the deadly virus. Now, actors are gradually returning to the sets and have begun resuming the shoots of their respective projects. While working with your masks has turned to be the new normal, every individual is trying their best to follow the protocols set by the officials.

Like other actors, Salman Khan, Disha Patani, Randeep Hooda and Jackie Shroff have also returned to the sets and resumed the shoot of their upcoming film ‘Radhe: Your Most Wanted Bhai’. The team is currently shooting a song in Lonavala after almost 7 months of gap.

While Salman marked his return with a totally savage picture from the sets; today the makers of Radhe shared a BTS video and the experience of shooting amid the new normal with the necessary precautions.

The video featured Jackie's voice in the background while it gives glimpses from the sets.

Jackie spoke about the safety and precautions and maintaining social distancing on the sets. Meanwhile, Salman, Disha, and Jackie can be seen prepping on the sets for their shots. Towards the end of the video, Jackie Shroff expressed gratitude towards the ‘Radhe’ unit for looking after everything.

In the end, Salman can be seen dancing and saying to the choreographer, ‘time lagega bhai, 6 mahine ke baad aaya hu’. Have a look here:

The film was slated to release on Eid 2020, however, due to the lockdown, it got postponed. The makers are yet to announce the new release date.