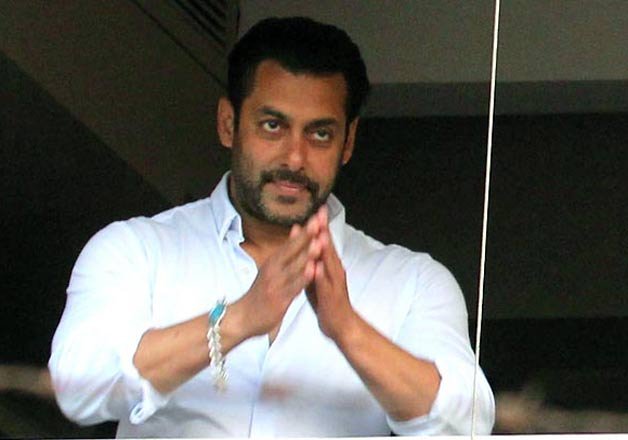 In his over two decade-long career in films, Salman Khan is yet to get a National Film Award for his acting, but the superstar, who has received immense appreciation for his latest release "Bajrangi Bhaijaan", says the audience's love is a big award in itself.

Following a success party for "Bajrangi Bhaijaan" here, Salman was asked for his reaction to the fact that his fans have been demanding a National Film Award for him.

To this, Salman said: "It's really sweet of them. I really appreciate what they are saying and I have been hearing a lot about this but I think there are a lot of other people who deserve a National Award more than I do.

"But for me, people have loved the film, appreciated it and even watched it three, four of five times...I think's that's the National Award for me, which the public has already given me."

+ 4
5 years ago Awwe thanks really sweet of you Sallu.You are a national award for us as you are so great and we are proud to be a fan of you .
Love you Salman Bhai .

+ 4
5 years ago no offence but for this film if anyone deserve any big award then i think its the little wonder!! she stole the show!! she was the reason for ppl to get moved over emotions/expressions! otherwise salmans expression was same all thru only the time he got angry i saw some expressions there :P lol but yes for me it was a one girl show :D kudos to the lil wonder!! who didnt even say a word in the whole movie just EXPRESSIONS IN SUCH AGE !! WOWOWOWO!!!

+ 4
5 years ago Love you Salman Khan. Wish you get all the happiness in the world.

+ 5
5 years ago sweet thing to say...he's always said that the fans love is the biggest award/reward for him... im really happy BB has done well. it was an awesome movie!

+ 3
5 years ago "MrsSalmanKhan" is your national award! :P