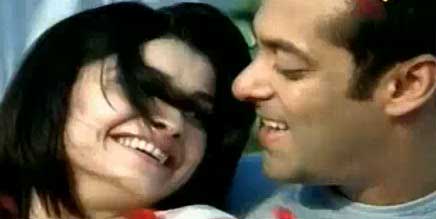 
Despite having fallen off of the endorsement radar for quite some time, Salman was been approached by India's popular washing powder brand, Active Wheel and has recently been seen in a new commercial where he is romancing the cute Prachi.


The ad is set up almost like a Bollywood song where Sallu miyan approaches Prachi who ignores him to continue washing the clothes.  In his typical style, Salman then tells her to wave goodbye to the old washing powder, and welcome the new Active Wheel home.


Also slated to do the voice-over for the advertisement, Salman gave his official statement saying that he was proud to be associated with one of the most respectable brands in India.
22 Likes

Taapsee Pannu: Will ‘break all ties’ with Anurag Kashyap if ...
31 minutes ago

Bigg Boss 14: Kavita Kaushik shuns reports of being a part ...
50 minutes ago