View Profile
Subhash Ghai’s much hyped Mozart style musical ‘Yuvvraaj’ has turned out to be a major disaster. The happening star cast and the big budget of the film couldn’t help it in any way. 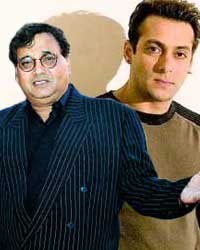 It got such a terrible response that the showman’s so called come back movie was being pulled from the theaters after only a week. Now the situation is so that the theatre owners just can’t afford to keep it running.


It has been unanimously panned by critics and audiences have rejected it downright.


Industry sources revealed, “The film opened to 30-40% in all the major multiplexes on Friday but the collections actually dropped down further as Sunday came. Then on Monday it went lower to a poor 20-25%. Later, as the week progressed one saw just 30-40 people patronizing its show in most of the multiplexes. At some places even in big cities, the response dwindled so low that the multiplexes were left with no option but cancel some of Yuvvraaj’s shows.”


The sources add, “Salman’s last project, ‘God Tussi Great Ho’ had met with almost a similar fate and it was necessary for him to deliver a hit in Yuvvraaj. But more than him it is the showman to be blamed for disappointing everybody, including Salman. It is learnt that some portions of the movie have been re-edited. But now it’s too late!”


Looks like Salman’s magic is slowly fading. Sallu needs to do something drastic to save his declining career graph.


As for Ghai, he must pull up his socks fast too. This is his third consecutive failure after ‘Yaadein’ and ‘Kisna’.


A sincere request, Mr. Ghai, make a substantial film fast! Or he will have to give up direction completely.
13 Likes