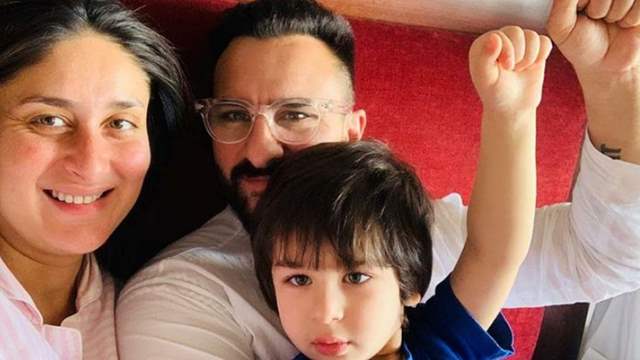 The royal couple of Bollywood, Saif Ali Khan and Kareena Kapoor Khan had taken everyone by a sweet surprise when they announced their second pregnancy back in August. The duo already has a four year old son, Taimur Ali Khan together.

Saif, who is on a paternity leave to spend time together with his wife Kareena, has now confirmed her due date and the arrival of the baby. While it was earlier reported that Bebo is due in March, daddy Saif has revealed that that the baby is expected to arrive next month, in February.

In a recent interview with Filmfare, Saif also talked about taking the second pregnancy ‘casually’. "Suddenly this guy is going to walk up to me and say 'Hi' and I would be like where what?! Ya, we are being a bit casual about it but we are also very excited," he said.

He also added that it also "frightening" at the same time. He said that having another baby is a big responsibility but he and Kareena are going to have little kids running around the house soon.

Recently, the couple moved into their new house, which is right across the road where they were previously living. The new apartment is bigger and has an extensive library, a gorgeous terrace, a little nursery and spacious rooms.