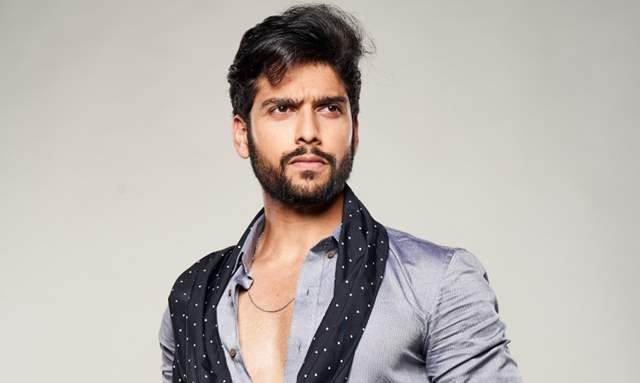 Sai Ketan Rao is all set to mark his Hindi Television Debut with Star Plus’ latest offering, ‘Mehndi Hai Rachne Waali’. He got talking about the show, his character Raghav and much more in an exclusive chat with India-Forums. The show also features Shivangi Khedkar in the lead role.

What has your experience been shooting in the Indian television industry?

It is a wonderful experience, what we do here is quite different from the other industry, something to the next level. Now we are shooting in Kolhapur, we changed the location from Hyderabad, and shifting here was an added benefit since it is a smaller town, fewer people here, and with corona, it is safer. We can also enjoy a bit of independency, however, we are taking precautions as told by the government - sanitizations, checkups, etc.

Did you have any apprehensions of shooting amid the pandemic?

No apprehensions as such, but I had to take a lot of care of my health personally since we are shooting at a large scale. It is a heavy character, and I haven't seen such a heavy character till now, the design of this character is very different, speaking in Telugu and Hindi, fortunately, I can speak in both, Marathi also!

What would you say are the USPs of the show, and your character?

There are many of them, my character Raghav, has a big-time back story, he has gone through a lot of things, people will be able to connect to him, each and every aspect is relatable. It is an extremely emotionally connecting character that is hard outside but soft inside.

As for the show, the main USP I feel is how there are two people meeting from different backgrounds, Raghav is from Hyderabad, knows Telugu and speaks broken Hindi, and also that is very wild and rough, and raw. Meanwhile, there is Pallavi, she is coming from a Marathi background, there is a sense of cultural difference, it shows the journey of everyone, and how two people from extreme backgrounds meet.

Did you have to do any homework?

Did not have to do that much homework, since languages are fluent, but still, I had to work on it, and Raghav has a past, I also took Bharatnatyam classes also and had to bulk up a little.

Tell us about working with Shivangi.

Meeting Shivangi was great,, she is a fantastic actor, a very great co-actor, is hardworking. The other day, we were shooting till 3 o'clock, and we did the shoot perfectly. We chill like friends, we talk about the roles and we discuss and make a few improvisations here and there. I feel you have to keep up the efforts for the audiences.

What has the response to the trailer and your character been?

I got a big-time response from Mumbai, especially from Hyderabad, because I am from here, everyone from the industry appreciated the promo, and they really liked my look and it is very rustic and raw, as compared to other characters on the serial. It has been a positive response so far.

The show will be going on-air from today on Star Plus.

14 days ago Please open the forum for the serual

+ 2
14 days ago Same old repacked with a different label

+ 2
15 days ago Yes I don't know why it takes so long for forums for new show to open. The promos looks promising and the leads look great

+ 6
16 days ago when will the forum open for this serial?