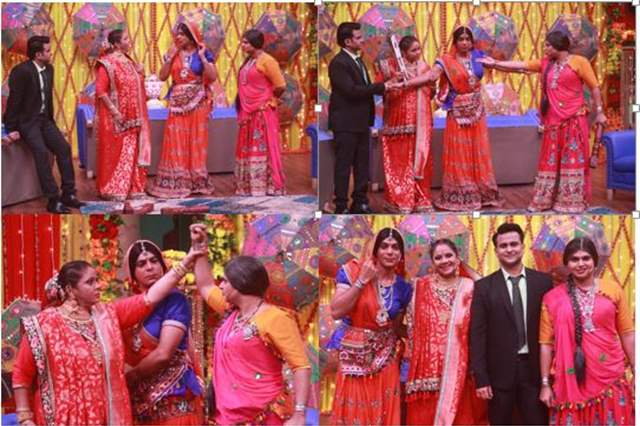 Sunil Grover took on the role of Topi Bahu as a spoof for his show Gangs of Filmistaan and he has won many hearts. And in the upcoming episode, we will see Topi Bahu meet the real-life Kokilaben i,e, Rupal Patel from ‘Saath Nibhaana Saathiya Season 2’ while sending out wishes for her upcoming show.

Recently, we have exclusively reported about Mohammad Nazim aka Ahem making an appearance in the show and now, we hear Rupal Patel has also shot for an upcoming episode.

Saath Nibhana Saathiya has already been in the news for its season 2 and all the characters are already established household names. The episode has been shot and the makers and the crew members had a hilarious time on the set and the pictures are one such example. There was laughter all around and the makers have promised that it is definitely going to make the audience go crazy ..!!

Are you excited about this one? Drop your comments below!