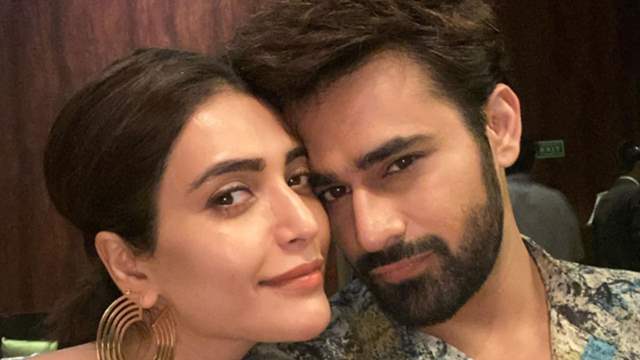 For the longest time now, Karishma Tanna and Pearl V Puri have been rumoured to be dating and while they have shared the screen-space on multiple occasions now, it was during Naagin 3 that the rumour mills were churning once again. None the less, neither of them ever admitted to being in a relationship, however, they have always been around each other for big and small occasions.

While Pearl has had kind words to say about Karishma during one of his interviews, reports now suggest that the two are no longer dating after all. It is being said that they have broken up amicably and in fact, reports have it that Karishma wanted to get married, but it was Pearl who did not seem ready for it just yet. Hence, not seeing an immediate future together, they parted ways.

On the work front, Karishma was recently seen in Khatron Ke Khiladi and in fact, also went on to lift the trophy for the season. Up ahead, the actress will also be seen in a music video and has been keeping busy for the same. Pearl, on the other hand, managed to win hearts with his chemistry once again with his show Bepanah Pyarr.

Karishma Tanna opens up on Non Payment of Dues; says, 'We Actors ...

RapChick101 1 months ago I don’t think they’ve called it quits, that’s if they were dating in the first place!

zee112 1 months ago Didn't know they were dating, but saw a lot of pics of them together on insta.