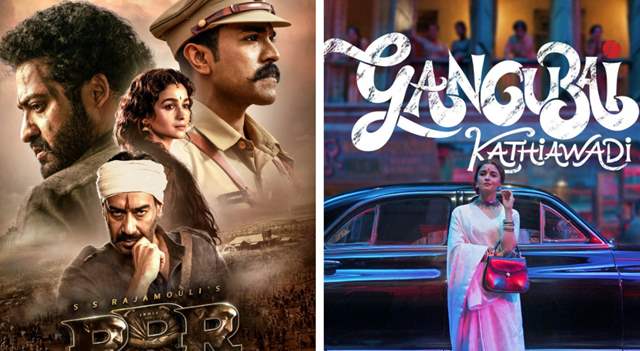 With theaters witnessing a reopening soon as known now, we have already seen an array of big films going on to reveal their release dates dating right into mid-next year.

While some of the biggest films will be witnessing a solo release, there are going to be a few clashes as well. But probably the biggest clash and the news about it has come now.

We know that Alia Bhatt led Gangubai Kathiawadi will be releasing on 6th January 2022. And now yet another mammoth film has revealed it's release date and that is S.S. Rajamouli directed RRR.

That's right. The film starring Ram Charan and NTR Jr. in lead roles has finalised on a release date as it will be arriving on 7th January 2022.

Thus meaning Gangubai Kathiawadi will just have one day of solo release and them compete next day onwards.

Interestingly, both films star Ajay Devgn and Alia Bhatt and producer-distributor Jayantilal Gada is associated with both the films as well.

It is indeed a clash to witness!